Ex husband and I had a bad row last night. It seems he hadn’t made our divorce public, and I have been blogging about it so a lot of his friends had to find out like that. They have been calling him lately to see what is going on and he felt upset. Honestly I didn’t know he hadn’t told everyone, or that he wasn’t telling people right now. If I had, I wouldn’t have posted those blogs. Really, I wouldn’t have.

Yes, I know I am posting this, but at this point it doesn’t matter anymore.

He has been surprisingly very good about everything so I wouldn’t have done anything so callous. I thought it was out. I have been posting almost everything I have written, with very few exceptions, under the impression that everyone knew. According to the fight we had, everyone did know, and that was the problem. Talking with his friends he realized he was the last to know. Apparently I am terrible at hiding things, not to mention people aren’t stupid, so everyone guessed long ago. He had his suspicions, and even as I elided the truth in our divorce discussions, he told me flat out that he knew. He was just hoping others didn’t. He at least hoped others would be surprised, but they weren’t. Even worse, no one seemed to blame me, and I guess that made him angry.

If you know me, you know that I rarely shout, and screaming at me elicits silence. I have found that when people are angry like that engaging them only makes it worse. So I sit patiently, wait for the anger to dissipate, and then if talking is needed it can be done. This time I had nothing to say. It wasn’t really much of a row. He started out mean, and I met his unkindness with quips of my own. He said what he needed, and I had no response. I said I was sorry I had broken the news the way I did. I really was, and I am. As for his friends knowing? Well, I didn’t tell them.

He told me what he thinks I really am. I didn’t reply, but frankly I would rather be that than nothing.

My mom and I took the kids to the beach today. She was sitting next to me while I drove and asked why I hold the gear shift while driving. I haven’t driven a stick shift in many years, but it was the way I learned how to drive and I still drive in the same position. I am actually not even sure I could drive a stick again since it has been so long. I would probably stall the car.

I remembered learning to drive. My dad and my first husband took turns teaching me. I guess for them it was a bonding experience over my driving inexperience. For me, it was stressful. I would try to change lanes on a busy street, and my dad would shout “don’t ever do it like that! Your mirrors don’t show you everything! You need to turn, all the way, and look! Really look! What if someone was in your blind spot? What if the car in the other lane was driving faster than you saw in the mirror? Then what?” Changing lanes became terrifying.

Then, later in the evening I would go out driving with my husband. I would change lanes carefully, looking in all directions, making sure I missed nothing. “What are you doing? Don’t take your eyes away from the road for that long! That is what you have mirrors for!”

It is a miracle I ever learned to drive at all.

Although several people may argue that I still don’t know how to drive. Eh.

In a few days it will be my first ex husband’s birthday. He is turning fifty so I feel like I should send him something. I am not sure what. I have a beautiful copy of Coleridge with some very well done illustrations. I could send him that. But I haven’t spoken to him in about five years. I wouldn’t even know where to send it. He sends me emails once in while. Usually links to things. Maybe I will send him a link to something for his birthday. Maybe just an email.

Last time I heard from some mutual friends he had gotten back together with his first wife. I don’t remember much about her except that she hated me. When I first got with him she kept trying to get in touch with me. After a few months I finally called her. We had a long conversation in which, even in my youth, I realized she was crazy.

After we got married she started sending me little “gifts.” They were usually baby items… onesies, rattles, baby books. Obviously a reminder of the child we could never have. They came in intervals, usually around my birthday. Maybe she meant them as Christmas gifts, but since my birthday is so close they generally arrived around then. On my twenty first birthday she sent me a clock. Implying time was running out? I don’t know. I never replied to any of her packages. Received them and threw them away. Except for the clock. It looked very nice in the living room. She kept this up for almost six years. Like I said, crazy.

I should have kept the onesies and dressed my children in them. Who’s laughing now? Well, I guess she is. I guess I could retaliate and send her a few things too. But there is nothing wrong with *my* head. At least not like that.

At the beach today, seeing me in a bikini my mother noticed I have gained weight in a good way. I think I have gained around five or six pounds. For the last year I had lost so much weight, it was a little disconcerting. I was under a lot of stress and for me, stress eating leads to weight loss. I haven’t been eating very much lately so my body stopped burning everything. But I have gained weight in all the right places. I love it.

My mom and I talked about a lot of things. The kids were asleep in the back seat and she just let me talk. I think I rambled on for about an hour. I can’t even remember everything I said, but it felt good. 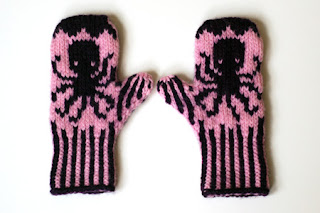 First, I would like to start by saying that the picture featured above has absolutely nothing to do with anything in this post. But seriously, how cute are those mittens?
Well, I have been at it again, doing stuff. Not as much as I would have liked, but I have been working crazy hours at the office again, so hopefully these three fabulous articles will entertain plenty.
I survived…. barely.
My shoes hate me.
I have daddy issues…
Cool stuff I have pinned.
Enjoy!