Ok, so I totally give up being wordless, because I am incapable of shutting up. Even in blog form. So I will just narrate the following pictures.Tanya and I went to Malibu and had lunch at the Marmalade Cafe. I wanted a nice picture of myself, and I am not the best at taking them myself. More often than not I end up capturing the backdrop behind me. So I asked Tanya to take a picture. The first half a dozen just weren’t good enough. I blinked, the lighting was off, etc. After several more I asked her to take “just one more!” At this point she threatened violence to my phone, and I started laughing. She snapped the picture just then. Best of the lot. 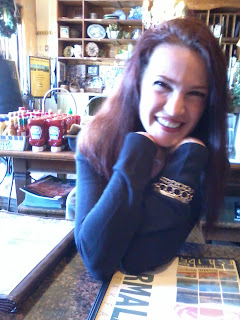 Later that evening the kids were driving their little cars around the house, and stopped by the window to dance. It was hilarious, mainly because there was no music playing. 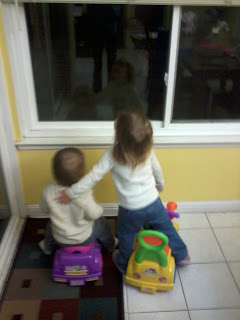 The next day Ducky apparently thought my car needed to be cleaned. So, unprompted, he got out a wipe and started wiping down my car. 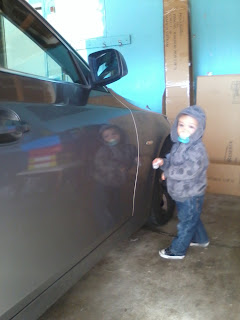 The next day I took Munchie to Kohls because the kids needed some new clothes. Instead I found this. Munchie and I now have matching laptops. When I saw it I started squealing and jumping around in circles. In my head. Munchie did the same, but for real. When a two year old does it, it is cute. When a twenty year old does it, not so much. I kept the squealing inside until I got home. 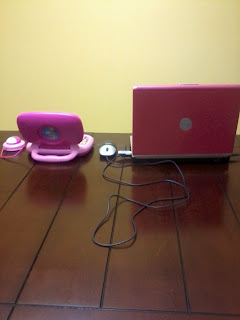 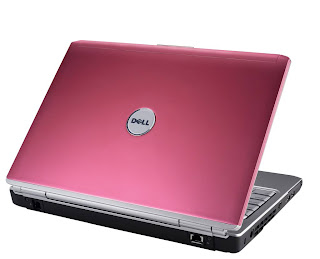 I can break technology in ways I didn’t even know were possible. In fact I am pretty sure I have just invented a new way of breaking technology. I would totally patent it, except I am not sure what I did. Basically my entire laptop is now in Korean. I don’t remember pressing anything followed by a “are you sure you would like to switch to Korean?” pop-up.
I tried Googling how to switch my language back, except my Google and the search results are also in Korean. Not very helpful. I am sure by now you are wondering how I know it is in fact Korean and not another language. When I tried logging in to my blog it asked me if I wanted to translate from Korean to English. YES! Nothing happened.
As I was playing around with all the buttons that I did not understand I think I found features of my blog I never knew existed. Or maybe I did, but now they just look different and I no longer recognize them. Either way. Also, I may have activated the setting for sparkling glitter explosions on my home page. I definitely didn’t know that setting was there. At least that is what the little characters looked like they were doing. I apologize to anyone who may incur seizures trying to read this. If I get too many complaints about all the glitter I will just have to start another blog because I am most certainly never going to find the button for that setting again.
At this point I have given up trying to fix it. The computer seems to be getting more agitated the more buttons I press. But I have posted so many entries I can navigate the essentials without actually reading the buttons. If I ever want to do anything fancy I guess I will just have to learn Korean. How hard could it be?
P.S. The picture above is actually what my laptop looks like. I am sure you were dying to know.

Before I present the list of articles I have written across the vast internets… I would like to announce Confessions from the Crib will be moving. It will be better than ever, much more user friendly, and just all around more awesome.
I am sure you are asking where I will be moving… and as soon as I get the new place fixed up you are all going to be invited. Keep checking back. Until the new site is running properly I will still be posting here and business will continue as usual. This includes my pregnancy series, and other fun stuff.
For now, I hope the following will entertain.
Body Changes…
A Letter To Munchie…
Technology Overdrive
Please Leave Your Kids At Home
More Pins!
Is there anything you particularity want to see me cover? Any topics you care to hear my take on?