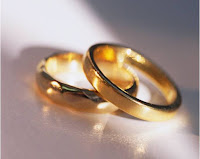 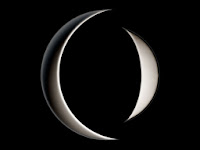 I was reading one of the books I bought this weekend, a work discussing happiness within relationships. And I realized what my problem is – the thing that is so wrong with me which makes me undesirable. Granted this is work of fiction, the woman describes marriage in terms of finding her other half.

It is not so much that I have never found my other half, but I have never actually sought it out, or had any desire for it. I think that is what drives men away. They are initially attracted to me, get to know me and realize I don’t have some sort of compulsion towards meshing. And then they leave.

I don’t fall in love and develop strange obsessions for their interests. I catalog them, keep in mind their likes and dislikes for future reference, but don’t take them on as my own. I am not referring to things we have in common, because that is kind of a prerequisite for any relationship to even get started, but I mean the little things, the personal interests that diverge. I have always thought of these interests as things to be acknowledge, but not necessarily adopted. Maybe that is my problem, I have never looked for a man as a missing puzzle piece, nor did I want to be his.

I have always been perfectly fine with having a man watch me dance (albeit not well) to Elton John without ever understanding why I am in love with Tiny Dancer. I just am.

Of course I spent the better part of my twenties obsessed with marriage and creating the perfect one, but at no point was I considering it as a way of finding my other self. Aside from things I already had in common with a man, or things to which he would introduce me and I actually took pleasure in, the idea of forming myself to his interests seemed wrong (says the single woman with four cats… a.k.a relationship guru extraordinaire… and perhaps cat whisperer).

Reading this book I am beginning to understand how unnatural I must seem. I see other women devoted to interests they never even knew they had, absolutely fascinated by whatever their men like. Then I see other women who don’t develop these interests genuinely, but they know how to keep a man, so they adamantly testify to loving his interests. I have never been good at that either.

Am I missing a gene? Wasn’t I supposed to be born with this innate desire to form a perfect circle with someone? Maybe I just need to be beaten around the edges.

Sometimes you learn things after the lesson is over. It took me two divorces to learn about marriage.

If you marry someone who wants to control you, marriage is not going to make it stop. If anything it exacerbates the situation and the other person feels entitled to the control. You are married, and now you belong to them.

My best friend’s dad has been with his girlfriend for twenty years. They don’t live together. They communicate daily and see each other a few times a week. For years I thought there was something wrong. How could such a thing work? Surely there is a problem. Her birthday was a few weeks ago and we all went out to dinner. I don’t see them as much as I used to when we were younger and my friend lived at home with her dad. But seeing them together I realized how much they love each other. Sure they only spend a few days together per week, but when they want they can see each other as often as they please. Their communication is just fine. They share their spaces while also keeping their own, spending time together and then retreating into themselves. They have been happy together for twenty years. I finally understood.

Marriage isn’t about the amount of time you spend with the other person. You can be in the same room with someone and both of you existing in different places.

If someone wants to be with you they will. If they don’t, marriage doesn’t solve or prevent that problem.

There is compromise and then there is losing yourself. I guess this goes with the first thing I said in this post, but it reaches beyond control. This is when you try to placate the other person while slowly erasing yourself. As you give up more and more and witness the joy of your spouse, you believe it is for the best. Until you are briefly reminded of those things you once were. But you can’t have both. Marrying someone who doesn’t like you the way you are is eventually going to break the marriage.

Letting your spouse talk you into giving up your dreams only leads to resentment, especially if you had those dreams before you met your spouse.

Marrying someone you are not physically attracted to creates a whole different set of problems. Yes, this sounds shallow, but if you have to be dragged into the bedroom every night on the verge of tears, one of you will eventually end up on the couch.

All of these points sound like common sense. Except, surprisingly, they are not. And sadly they are not things you can learn outside of experience.