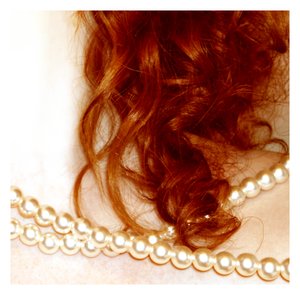 I am socially awkward. Aside from my uncanny ability to insert my foot into my mouth from angles you have never even imagined, I am also rather inept at social cues. Like when I am picking up women at bars. Because I apparently do that.
Tanya and I went to the Tegan and Sara concert on Friday. Aside from multiple other comical incidents that evening, I did something very “adorable.” And I say “adorable” because that is often how others refer to me. I think they mean “special” but they are just being nice. Unlike me, they understand “tact.” But I digress.
Maybe a back story is in order. I have always been very friendly with other women because I never really thought anything of it. So I am very free with my compliment if I like something another woman may be wearing, or doing. I am very tactile and cutsey. These traits generally bode well. I mean, who doesn’t like a compliment? As a woman I know how long you have spent getting ready tonight, so I commend your effort. And who doesn’t like hugs? So far it sounds like ice cream and sprinkles. Right?
Except when you go to a venue where ninety percent of the women there are, um, into other women. Which is where my social awkwardness came in. I was completely unaware of Tegan and Sara’s audience demographic. I figured a large part of the audience would be female, with a few gay men, and the rest getting dragged there by their significant others. That makes sense. I did not take anything else into consideration.
There was this woman who was standing a few feet in front of us all night, and I spent a while admiring her hair. It was a very beautiful color. In fact, it is the same color I keep trying to bring mine to. But I have stubborn hair. So, later in the evening when I encountered her between the bar and bathroom I stopped her to let her know how much I appreciate her hair. We got to talking about hair. Which led to us touching each other’s hair. Then she started rubbing my shoulders. And the whole time I was thinking “oh, she is really nice” while Tanya is standing to the side shaking her head. She was doing it in that “oh, Christene, no…” way which I immediately recognized from previous faux pas’. Oops. I didn’t know what the problem was, but I was alerted to the fact that there was one. She explained the situation. Oh.
For years I have known better than to engage men in conversations. But I wasn’t aware of women. Better yet, I wasn’t aware I was attractive to other women. I don’t know why I assumed that was the case, but I did. I just assumed women didn’t have that type of interest in me. Probably because I don’t have that kind of interest in them. Obviously my logic is flawed, but it took this evening to realize the fallacy.
Well, if anything, I now know that if this whole man thing doesn’t work out, I have options.
http://feeds.feedburner.com/ConfessionsFromTheCrib