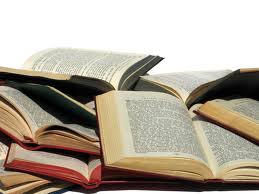 It has always been about Chaucer. But somehow I forgot. He was the reason I majored in English. I knew I would since I had first read him in ninth grade. He was the reason I went to grad school. But I forgot that too.
My personal statement for grad school was a revised version of my undergrad one that basically read “I want to go to your school because I want to take your amazing Chaucer courses. And I am totally willing to do all that math and science stuff beforehand if that is what it takes.” It worked.
And as soon as I was able to take my upper division English classes, Chaucer was the first one I signed up for. And then I took another. And another. Along with a few seminars for good measure.
I remember I had one Chaucer final on my birthday. Best present ever!
And then somehow I forgot. I went back to school, but apparently Chaucer isn’t important anymore, and no one teaches him in grad school. So I put him away. But I couldn’t stay away. I had to finagle him into something. Because I am resourceful. And a little obsessed. But mainly resourceful.
I started looking through all of my Chaucer papers, and notes, and I realized how much I enjoy this. How much time I wish I could spend on this. How much I want to dedicate to this.
A few weeks ago as I was talking to someone about the doctorate program he asked me what I want to specialize in. I didn’t really know. I knew it would be early literature. But there was nothing in particular standing out. I guess “all of it” isn’t an answer to that question. The two authors that immediately came to mind were Donne and Marvell because I wouldn’t mind. And they have always been my default. But really? I wouldn’t mind? That sounds like a terrible reason to dedicate your life to something. Because I wouldn’t mind. That is how bad marriages start. I mean, I guess it is not as bad as specializing in Gibson or… dare I say Meyer. (Is this is a thing now? If so, it really needs to stop). And I am sure I would have done it. And enjoyed it. But I wanted something more than “I wouldn’t mind.”
I know I forgot. But now I remember. And it feels so good to be this excited again. For the past year my love of literature has nearly been beaten out of me, and replaced by motions. But as I sit here playing around with ridiculous amounts of obscure research I feel a happiness I haven’t felt in a long time. Oh… so this is what it has all been leading up to. That moment, in the middle of the night, when you realize what you are going to do with the rest of your life.