I just had an amazing idea for a blog post after reading an online article. Then as I started writing it, I realized that my sarcasm is often times hit or miss. Sometimes its funny (depends who you ask), other times odd (same thing), and this time I think it will be a total miss and I will just end up unintentionally offending a lot of people.

And considering how many people were upset yesterday after I posted that my children don’t have a Christmas tree (seriously calm yourselves!), I am not sure I want to take that chance.

Also, I do have to mention that it is pretty hilarious that that is what everyone got upset about. Of all the crazy things I blog about, and silly Twitter and Facebook posts I make each day, you all angrily message and email about a tree? Really? Well, whatever. I personally will not be investigating other people’s homes to see if they have all their proper paraphernalia displayed for the holidays.

Anyway, back to the post that I won’t be writing. Here is the link to the article that inspired the post. If anyone finds it terribly offensive… well, I didn’t write it. Enjoy!

P.S. My post had nothing to do with poor people. It was an inspiration in style, not content. 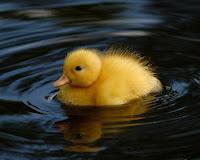 Ok, so this isn’t really a post, it is just a general rant.

A note on my previous posts on Faust. Sorry, I should have been more clear. I am reading Goethe’s version. I am not reading Marlowe. I thought it was obvious, but apparently it was only obvious to me. Although after we finished the second part in class I did spend a few minutes outlining Marlowe’s version and briefly discussed the differences.

A friend of mine is teaching a book on eating vegetables. Or not eating animals. Ok, I obviously need further instruction on this topic, but anyhow, she was telling me earlier about the documentary on farming she is having her students watch the next few class sessions, and I immediately recalled another documentary on animal rights I watched about a year ago. It was a short ten minute piece that depicted tiny ducks force fed until they almost exploded. It was like watching kittens being tortured. She assured me it was nothing like that. During this conversation I was typing on my phone very quickly as I only had a few minutes – we were texting while my students were on break. I was mistyping a lot and Autocorrect distorted it further. It ended with both of us laughing hysterically. It was very inappropriate. I think Autocorrect has a sick sense of humor.

I miss wearing boots like the deserts miss the rain. That is your Sade reference for the day.

I don’t care what Colbert says, “truthiness” is not a word. Yes, I know, it is in the dictionary now. Fine. Not buying it.

I am in a mood of sorts tonight. Not a good one mind you. Although not a bad one either. And yes, I am writing at night (as usual) and posting in the morning. So things may be different by the time you actually get to reading this.

Today my son told me he hates me. I thought I had a few more years before he came to that stage. Well, better early than never.

Over the last few weeks I have realized two things about teaching. First of all, I absolutely love teaching! Love, love, love! Secondly, I hate grading. I am required to give them a certain amount of assignments split between in-class and take-home, which creates an exorbitant amount of grading on my part. In fact, I have been doing nothing but grading for the last three weeks, and will be doing nothing but grading for the next two weeks with only a one week repose before beginning again.

I don’t mind reading their papers. In fact I am quite happy with how much of the material they understand. I taught them the concepts they are supposed to be getting, and introduced them to different literary works, and thus have done my job. But someone down the line was supposed to teach how to write and at some point dropped the ball.  So I read their papers and they can explain Nietzsche. Great! But then they don’t understand how to use correct tense, verb form, or punctuation. Crap! How do I grade?
Do I grade them down because they don’t know that “he say that we don’t just not admit to doing something but we also deny that we even want to do it and our memory help us forget our sin that way because we pretend that we would never do that” is not a proper sentence?
(The above is in reference to the quote: “‘I did that,’ says my memory. ‘I could not have done that,’ says my pride, and remains inexorable. Eventually the memory yields.'”)
I only quoted one sentence of her paper, but the rest is definitely an admittance to understanding. The concept is reiterated there, as Nietzsche intended. In fact the entire paper demonstrates a grasp on the themes discussed. But the writing… oh the writing…
What am I supposed to do with this??