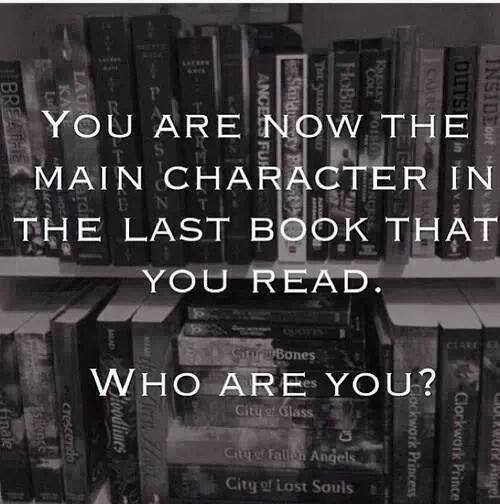 I guess this would make me David Sedaris? At the very least his narrator…
Also, yes, I am obviously, painstakingly trying to distract myself from the fact that I have not heard from any grad schools yet…
And I am slightly too jittery to write anything meaningful. Thank you caffeine and nerves. If you need me, I will be right here refreshing my email page every 2.5 seconds.

This isn’t so much a post as me thinking… I guess you can say aloud… I have found blogging helps me figure stuff out. Part of it is writing it out so I get a better picture, and then then there are all the Facebook comments and emails that help me sort through things as well.

I am still lesson planning away, but I have been less diligent about it this week. I have been telling myself that it is okay not to work every spare minute while I am on vacation. But really I am just trying to make up my mind. When I outlined the gist of the course I may have gone a bit overboard on the Chaucer segment, and as I was getting into the details of it I realize I have way more than just a 3 hour lecture. So I am not sure if I should cut the segment down, or cross off Sartre’s Nausea and extend the Chaucer segment instead. I can’t really continue with the lesson planning until I decide whether I want to expand or not.

I thought Sartre would work well with Camus… but maybe I can do what I did this semester, and simply make mention of Sartre’s work in the Camus lecture.

Right now what I have for the Chaucer lecture is part of Fragment I and X, meaning the General Prologue and the Parson’s Tale with the Retraction. I make brief mention of the other parts of Fragment I, but don’t go into too much detail. I would love to put in the Wife’s Prologue and the Merchant’s Tale, but I can’t see doing all of that in one sitting. Not to mention that while I may be able to gloss over it in lecture, I can’t expect my students to do that much reading in one week. Originally I was also going to include the Clerk’s Tale and Franklyn’s Tale in there, but I thought better of it (like I said, I may have gotten a bit over zealous). But even with cutting the latter out, I still feel like it is too much.

So really I am just trying to figure out if I should take out Sartre for The Wife’s Prologue and Merchant’s Tale. Hrm…

So there is this thing going around (and I am totally late to the party), where my friends are making lists of the top ten books that have influenced their lives. I am not even sure if this post is relevant anymore since this kind of happened two weeks ago. If anyone is still interested, here is my top ten list. And to make up for my tardiness, I have included reasons for why these books are important to me (in no particular order).

1. The Canterbury Tales – Chaucer. If it was not for the General Prologue I may not be where I am now. I obviously cannot say this with any certainty, since I could have still become an English major and on a similar trajectory because I always had a propensity for reading, but this work was the deciding factor, back at the age of fourteen, when I, without a doubt, decided I would pursue English literature in college.

2. Brave New World – Huxley. In my high school AP Lit class we read this book, I loved it, and I wrote my final paper on it. It was my first 20-25 page paper. I was 17, so I am not saying this was great literary work on my part, but at the time it was a longest paper I had ever written, I was proud of my results, and my professor said she was actually thoroughly impressed despite having had taught AP courses for a number of years. So I have kind of loved this book since.

3. Talking It Over – Barnes. This book has gotten me through some interesting times. It is my “I need to cheer up” book.

4. Lyrical Ballads – Wordsworth and Coleridge. This book has caused me an onslaught of personal problems (I never said all of these books were important for positive reasons), numerous heated fights, subdued arguments, and tears. And yet, many years later, here I am teaching portions of it.

5. Riverside Shakespeare. This book has gotten me through six courses and seminars, and an undergraduate thesis. I think it has served its purpose well. Unfortunately poor thing is falling apart and probably won’t make it much further. However before it begins to disintegrate I am going to stop using it and box it up to save the ridiculous amounts of marginalia (some of which is absolutely hilarious… and no longer makes any sense).

6. Joy Luck Club – Tan. The first time I read this I was only about 12, and didn’t fully understand. I came back to it later, and even though my mother and I are not Chinese immigrants, the narratives held several parallels with my own life and relationship with my mother. In fact, too many.

8. Portrait of an Unknown Woman – Bennett. This was the first period piece I ever read, and totally got me into the history novel genre. A large part of the genre is nothing more than anachronistic beach novels, but there are a few in the field who are renown historians, and who deliver a magnificent interplay of history and fiction. I have ferreted them out (and read some terrible ones along the way), but after having collected then for years, I believe I can tell you more about the British and French royal families circa the 14th and 15th centuries than I could tell you about my own. In fact there was a several year gap in between my being in school, and being in school, through which I think I had read two to three dozens of these per year.

9. Virgin Earth – Gregory. It took me some time to find her, but Gregory is by far one of the best historical novel writers I have read. Her novels seem the best researched and well put together. My favorite thing about her is her aptitude in writing about things other than just court life or high profile historic characters. She has painted quite a few well written portraits of common slices of life throughout the centuries. Virgin Earth was my first book by her about a 17th century gardener. I know it doesn’t *sound* fascinating, but it can be. Especially if you are into that sort of thing.

10. Crime and Punishment – Dostoevsky. I absolutely love this book, but I read it sparingly as it makes me dissolve in tears each time. I saw the movie when I was little (about six or so), and wanted to read it. Of course I couldn’t at the time, and didn’t get around to it until I was about ten, at which point I still didn’t understand a lot of things. I read it again every few years.