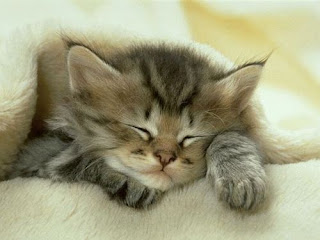 This week I had a five day weekend. It so coincided that Monday was a holiday, I generally don’t work Fridays, and I needed to take a day off (Tuesday) because I had accrued too many vacation days (which is what happens when I never use my vacation days except around the winter holidays). Apparently I have over two months of vacation time saved up.

While it was extremely relaxing  to have five straight days off (seriously I could get used to this), I managed to find ways to fill up my day.
For instance, this weekend I took the meaning of marathon shopping to a whole new level and direction. As opposed to the traditional idea where I would spend eight hours at the mall, I spent only about twenty minutes shopping and several hours walking twelve miles to and from the mall. I had the kids with me in the stroller and they both seemed very amused. I also believe they took several naps along the way. However, they did not nap at the mall, which might have prolonged the actual time I spent shopping. Perhaps that is for the best.
I too took several naps throughout my long weekend. I think that was my favorite part. After spending the last couple of weeks operating on an average of four hours of sleep per night, this was very exciting. I felt like a cat.
However, I still have school. In fact I will be at school all five days this week. That is what happens when you take so many classes that all of your professors’s office hours overlap with other professors’s classes. Thank goodness most of them are kind enough to accommodate this. One professor was so nice she met with me at ten thirty at night after my last class got out.
I enjoy school for the most part. Even when I gripe about it, academia as a whole makes me happy. Except for this exam thing I have to take next month. Either I am slow, or it hasn’t been fully explained. One more month and for better or worse it will be over. I know, let’s play a game! Let’s estimate how many panic attacks I will have between now and then. I promise, it will be fun!
And now I am going to completely jump topics and talk about my son. Really, there was no seamless way of doing that. Blatantly announcing the topic change was the best I could do. So as of Friday Ducky has had his pacifier taken away. He has gotten to an age where he really shouldn’t have one. According to me. According to his pediatrician I should have taken it away months ago. I am just not that mean. And I am totally surprised by the results. I was anticipating sleepless screaming nights (because Munchie was very upset when I took hers away), but he actually slept better. He has not looked for it or asked for it once. I am simultaneously confused and delighted. If I had known it would be this easy I would have done it when the pediatrician told me to. Maybe I should have known better.
Eh.
When you have kids something very interesting happens. First of all, you realize there are no such things as parenting skills. You don’t have any. You get them as time goes on, and by the time you have mastered a task, your kid has moved on to something new that you have no clue about. Your skill is now obsolete. For those of your with multiple children, you have some skills. Some things are the same from kid to kid, but, for the most part, your kids are different, so whatever one of them taught you is non-applicable for the second, and so forth.
For someone who has two kids, I am in no way qualified to give you any kind of advice. Except for suggestions and anecdotes of what worked for me. So, if your kid is four years old and is still sucking on a pacifier, well, one day they will figure out there is a piece of plastic in their mouth. If you are not ready to take it away from them, then there is no reason you should have to. If there is anything I can assure you of is that your kid will, of their own volition, give up the pacifier.
Also, most things that parents freak out about will actually correct themselves. A lot of people forget that we are genetically encoded for certain things to happen. For example, your kid will walk and talk. If they don’t, it has nothing to do with anything you did. Speech and motor skills develop separately from outside sources. They may be expedited at times, but for the most part they are the stable mechanisms of child behavior. Meaning you can’t possibly screw up your child to the point they won’t function properly. They will. Although I didn’t learn any specifics from having two children, as in I can’t tell you what the best method of (fill in the blank) is, because I don’t know your child individually, I can tell you that generally speaking, as long as you do the best you can, your child will turn out fine. Really.
Even when you leave their pacifier in for three months too long. 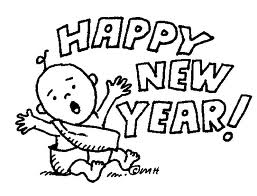 First of all, happy New Year everyone! I hope you all had an amazing New Year celebration, and came up with some wonderful resolutions. If so, I would love to hear about it, so feel free to comment below.

Like everyone else, I too have New Year resolutions. What better way to really stick to them than to make them public? Hopefully sharing these with all of you will add some incentive to really keep them up. Accountability is a wonderful thing.

1. Spend more time with my kids. Find time. Make time. Doesn’t matter how, just do it. Yes, I know, writing about spending time with my kids is completely counter intuitive since I am currently detracting from the time spent with them.

2. Gain some weight. I am currently severely under weight, and I have been trying all sorts of remedies, including eating like crazy over the holidays. Somehow I managed to lose more weight in the process. So this one will be a tough one, but I have faith in myself.

3. Working harder on my blog. This one benefits my readers as much as myself, and you can all look forward to more frequent, and useful posts this coming year!

4. Shedding the guilt. I have guilt issues. Whenever I take time for myself, even for things which are necessary, I feel guilty. You may think this is in opposition to the first resolution I have on here, but I strongly believe being able to enjoy the time I have to myself will enrich the time I spend with my kids. A sane mommy makes for a good mommy.

5. Update my wardrobe. Sometimes I look like I belong in the eighties. I really need to work on that. No, I am not using this as an excuse to go on a shopping spree. I swear.

6. Have a great year. Stuff happens. Good stuff. Bad stuff. And everything in between. However, every experience is relative. It can be good or bad depending on what you make of it.

Share with everyone what you did last night below.