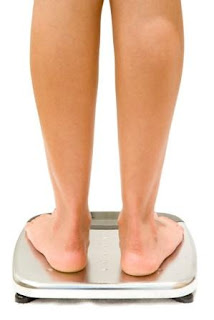 As I sit in my doctor’s office for a prenatal visit I overhear a conversation in the room next door between a nurse and doctor.

“So-and-So has gained twelve pounds and she is only two months along!”

“Well, she better be having triplets” was the doctor’s response.

I don’t need a doctor to tell me this is excessive weight gain. It got me wondering, where did the “eating for two” myth originate? Did doctors really believe this at one point and instructed their patients such? Is it just an old wives’ saying?

After some extensive research, I have to admit, the jury is still out. I found so many contradicting sources in regards to the saying, I decided it would be wise to just take it all with a grain of salt. But clearly the saying was at one point, and still is, widely believed. Are there still doctors out there propagating the information?

From my findings, more and more reliable websites are instructing pregnant women to eat less than they may necessarily want, and to take care of themselves. Now more than ever there are numerous resources for pregnant women to lose weight prior to pregnancy (if possible), keep most of it off during pregnancy, and to lose the baby weight after.

Even though this is my second pregnancy, I still read all the magazines and books as if it were my first (in case I missed anything the first time around, or there are any new developments in medical knowledge). I see weight as being one of the heaviest issues up for discussion, and it makes me believe it is more a matter of willpower than anything else. I am trying not to be unfair, but part of me wants to believe that a lot of women are having difficulty shedding the pounds postpartum because they just couldn’t help themselves during pregnancy.