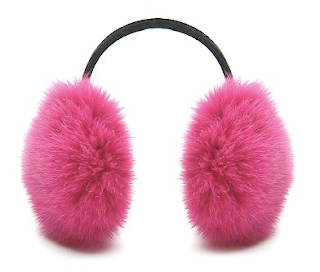 There is a slipper shortage in southern  California. I love wearing house slippers, and Munchie loves playing with my house slippers. Recently my pair got worn out pretty bad, and I had to get another pair. I figured a quick trip to the store is all it would take.
My slipper adventure (although I didn’t yet know it would turn into an adventure) began at Target. The only house slippers they had available where these. They look comfy enough, but when I am getting up at 2 a.m. because the baby is crying, I am not going to have the wherewithal to figure these out. I needed something more user friendly.
Next I went to CVS. Both the ones by my house did not carry slippers. They had flip flops. Flip flops are summer apparel. I needed something warmer. So I proceeded to Ross. They had pillow top, fleece, flip flops. Um, I am no shoe expert, but that seems a little counterintuitive. I mean, the idea behind it is building them out of soft, warm material, but then when ninety percent of your foot is exposed, they are just soft. Which is great, but again, not what I had in mind.
I went to Walmart. They didn’t have anything slipperish either. Coincidently I was driving past a Payless. I shrugged and decided to give it a try. Sure enough, they only had one type of slipper, and it was thus far the closest thing to what I wanted. It only came in one size (luckily my size), and my options were lavender or light pink. So, a no brainer.
I came home triumphant, quickly donning on my prize, prancing around to the feel of victory. A few hours later Munchie came home from day care. She immediately spied my new slippers and stole them. I wore socks around the house the rest of the day as she played with my slippers. She would not relinquish them until after her bed time. A few days later she got over them and now only occasionally steals them from my feet, but this still leaves me barefoot and cold more often than I would like.
But hubby and I decided it would be for the best to get her her own pair, especially since lately she has been on a barefoot kick. Ever since she learned how to take off her own shoes she has been doing so, along with her socks, every chance she gets. We figured some fun to wear house slippers might remedy this a bit.
This is where the slipper saga continues. Hubby and I had a lunch date the other day. After lunch we had a little time left so we decided to stop at Khols to check and see if they had any children’s house slippers, because surely these would be easier to find than women’s house slippers. I am not sure where the logic in this is, but I have never been known for my rationale.
Khols didn’t have anything. Target was right next door, and despite my frustration with them the previous time, again, I thought that child slippers were somehow totally different and in their own separate category. No luck there. Since I found mine at Payless, we went back. I had bought one of the two only pairs left. They don’t carry children’s slippers.
I am definitely going to keep an eye out for slippers as I run my errands for the next few weeks, but somehow, I think there is a slipper shortage in southern California.Which is why I have a picture of ear muffs for this post. There were no slippers on Google either. Don’t check! Just take my word for it.
Do you live in Southern California? Have you seen slippers anywhere?