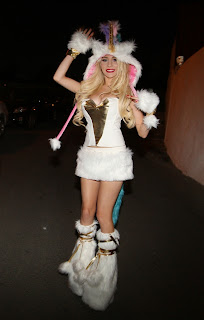 I wish I could offer you some advice or tips on potty training, but I can’t. Because I am not altogether sure how it happened. I was trying to potty train Munchie, but she wasn’t having it. I thought I should give it some time. Then, one day as I was getting her ready in the morning she said “Mommy, I want to go potty.” And she did. So basically this post is just me telling you how great it is that she is potty trained. I am sure you needed to know this and I have totally made your day. You are welcome.
On a separate note, I should stop eating my kids’s snacks and blaming it on the cats. Poor Sassy Cat and Ivy getting all those undeserved dirty looks. Actually… the kids are technically eating my food. So basically I am teaching them how to share. After they have gone to bed. I should write a “How to Teach Your Kids to Share” post. I am full of good ideas.
Speaking of unsolicited advice (because I know everyone loves it!), I am going to offer this bit to Courtney Stodden. I know, I know, this post started out with sweetly potty training my adorable daughter, and somehow has morphed into my incompressible interest in ever-classy Courtney. But honestly, there is only so much I can say about Munchie and potty training. In fact the first paragraph of this post was all of it. And I have totally been neglecting Courtney lately. She obviously needs some advice.
By the way, if you haven’t been keeping up with her, here are my previous posts:
My introduction to Courtney
Courtney Cat Woman hybrid
Courtney doing nothing in particular
Caught up?
Well, then…
Dear Courtney, what are you doing?
Courtney Stodden’s Rill Tweets from Courtney Stodden
I saw your kitty video. I was shocked, confused, amused. At least in that one I gathered you were somehow trying to be cute. Here, I don’t know what you are doing. I think you are trying to be funny. And I assure you there are people laughing. But maybe you should let someone else write your script. There are people who will do this for money. Please, please hire one of them.
Oh, and I am totally available to ghostwrite your autobiography. In fact, I will even do it for free. Because I care. 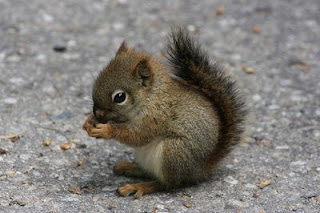