Took the kids to the pumpkin patch. On the way there we walked past walls of sunflowers. 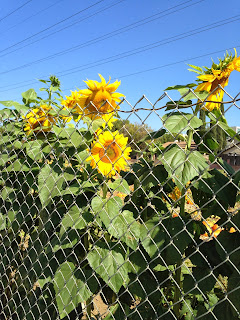 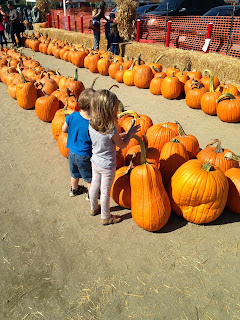 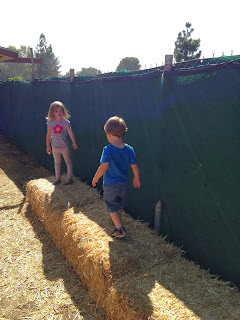 The pony rides…. Ducky loved it… 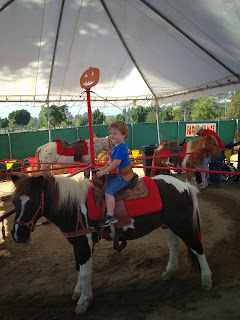 Ally was very happy getting buckled in… 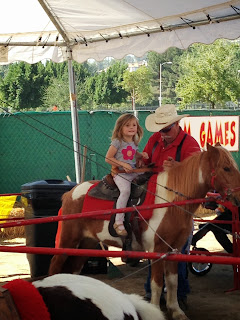 Then she realized she was on a giant animal all by herself, and this happened… I ended up walking next to her the entire ride… I had her pet the pony, and she started liking him. Told her the pony’s name was Randy, and she decided she liked Randy very much indeed. Except I don’t know that that was the pony’s name. For all I know it was Phillip, and he was very upset about the whole name business. 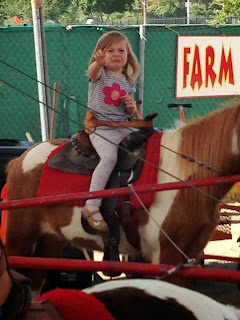 Tanya, Casey, Stephanie and little Westley joined us. Ducky was very excited to see everyone. 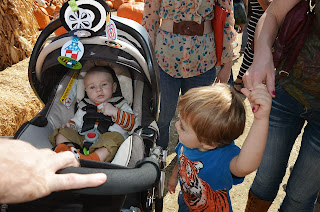 I was also glad to see the little baby… 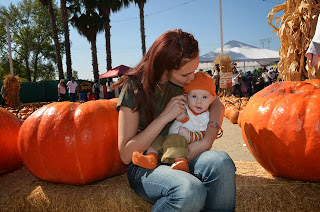 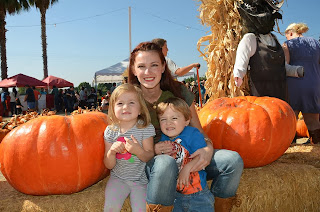 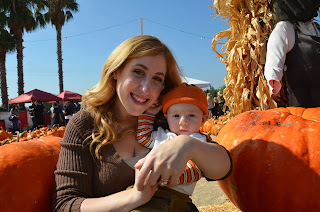 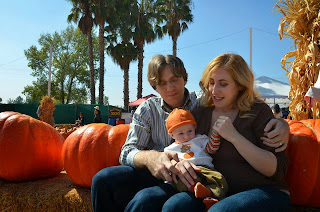 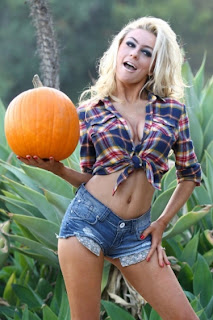 I must be out of the loop because I just saw this. I had no idea, and frankly, I am sorry I now have an idea. For any of you who have apparently been living in a hole for the past couple of weeks like me, here is something you will regret knowing.
Courtney Stodden was last seen at a pumpkin patch. For someone who just got married, this seems like a normal family activity. However, her attire was anything but family friendly.
Her husband, “Lost” star Doug Hutchison tweeted earlier that day about hitting the “hot and heavy” hay. I have heard many adjectives used to describe hay. Hot and heavy were among them, as in “boy, it’s hot outside and this bale of hay is really heavy!” Yeah, we are sure that is exactly what Doug meant.
Supposedly the couple, ever as subtle as a train wreck, were thrown out of the pumpkin patch for staging a paparazzi photo op. I am sure the charming young lady’s outfit and nauseating poses had nothing to do with that decision.
After the entire fiasco Stodden tweeted “Have a beautifully blessed Sunday! 🙂 ‘Do not judge by appearances, but judge with right judgment.’ John 7:24.” Sadly it is hard to judge her directly. A lot of teenage girls would jump at the opportunity for fame and fortune, while being whisked off their feet by Prince Charming. It is usually the family, namely the parents, who try to knock some sense into them.
Unfortunately for Stodden, she does not have this benefit. Once her parents found out about the impending matrimony, they not only supported their daughter’s decision, but aided it along by signing her away at sixteen, and rushing her to Vegas for a speedy marriage. Her dad was on board with the whole plan.
Is she so untalented that this was the only way her parents thought she would succeed? Perhaps she will be the next Ke$ha. Recently Merv Griffin Entertainment signed her and Doug up for their own reality show. Move over Heidi Montag.