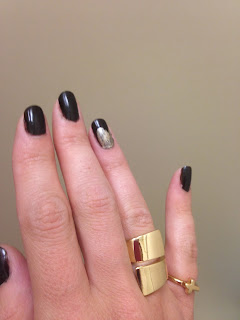 Sleeping next to me on the couch while I grade… She is such a Lovey. 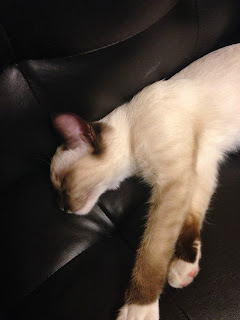 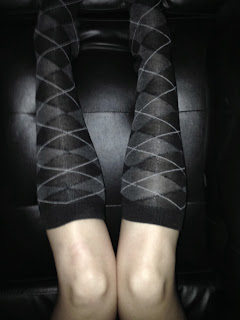 The Getty was having a Chaucer Family Festival day… I also briefly got to experience the room upstairs with St. Alban’s illuminated manuscripts and Canterbury stained glass windows (for obvious reasons I could not take pictures). However I foresee another trip in the near future so I can spend several hours in that room… they have manuscript creation tutorials and a virtual walk through of Canterbury Cathedral!!! 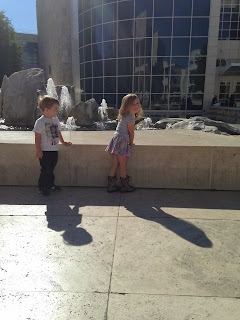 Ally and Ducky made their own illuminated manuscripts… 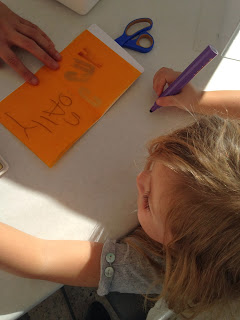 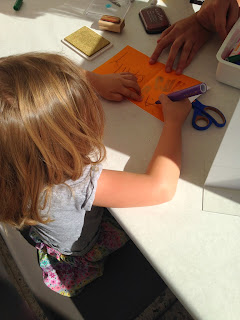 This is a really interesting fountain… but a very bad picture… 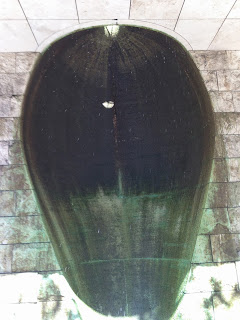 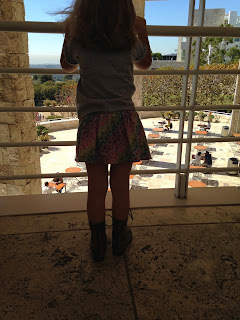 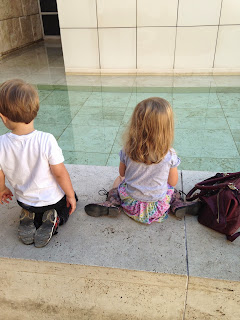 The kids also made their own stained glass windows… very nice creative project (theirs didn’t look quite as nice as the model shown here)…. 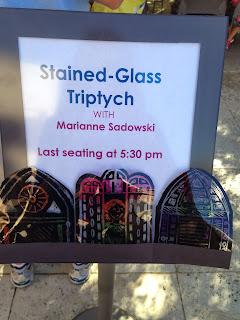 Ally wanted her own pair of boots to match me… got her a pair that she wore for the first time. 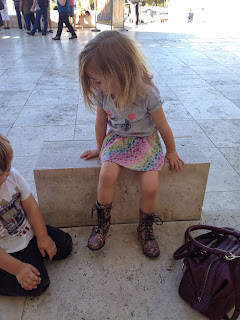 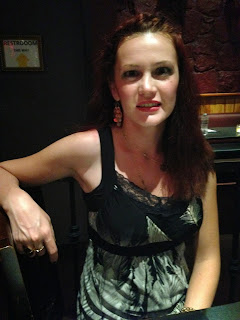 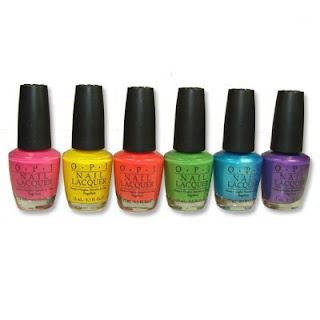 I got my nails done today, and following the nail process tradition, there is of course a story to go along with it.
So I am going to a wedding tomorrow, which is what prompted this nail doing business. I went with a friend to this nail place, and opted to get the fancy gel stuff done again. Last time, despite the ridiculous price, the nails turned out really well, and they lasted for three weeks. So what the heck, I don’t do this often, therefore I did it again. Once more, they turned out very nice. I am happy with the end result.
However, I did not plan my primping very well. I planned to get my nails done this morning, followed by coming home and dying my hair myself. Because I wasn’t going to spend a small fortune on two salon experiences. What I had forgotten is that this gel treatment has a very bad reaction with hair dye. Last time, unaware of this, I did my hair a few days after my nails and the dye totally stained my nails, and would not come off. So my nails were no longer the color I had originally intended. It wasn’t horrible, but still I was unhappy.
This time, just as I was mixing the hair dye in the little plastic tube I fortunately remembered, and in my paranoia I put on several pairs of plastic gloves. I was super careful, and even bagged my hands while washing my hair to avoid any accidents. I was afraid of what might happen if the red hair dye even came into contact with my nails for a few seconds in the shower.
I was very proud of myself when I emerged form the process with my nails looking as perfect as they were before doing my hair. Then I looked in the mirror. I was so preoccupied with maintaining my nails I did not take into account the red hair dye that was getting spilled all over my neck and shoulders. After the dye sat on my skin for about 45 minutes it stained my skin.
And tomorrow I am wearing a strapless dress to the wedding.
I now have fabulous hair and nails. And my upper body looks like I tried to self tan very poorly with orange streaks all over the place.
In conclusion, I am a genius.

I finally got the mani/pedi I have been harping about. I have to admit, it felt awesome. I have not had one of these in about nine months. Even as I write this I can’t help but glance at my nails every few words, taking in the pretty pink polish.
I knew it had been a long time when I realized how much prices have changed since I was last seen in a beauty/nail salon. Last time I got my nails done they were having a promo for a mani/pedi for $15. So I figured without a promo and with rising prices it would be around $25 now. Was it $25? No. I have to mention I didn’t go to a fancy place or anything. I live in Simi Valley not Beverly Hills. I went to the local neighborhood shop. This is the kind of of place where you can go next door to the local donut shop and still get a fresh baked donut for $0.25. So was my mani/pedi $30? No. But you are getting closer. $35 you may ask, maybe even incredulously? No. It was $40.
It was a little late to back out once the services had already been rendered, and I guess I should have asked the price before we began. But seriously? I am going to pretend I am wearing a rare shade of pink that no other salon in the continental United States carries. I should have gone with the zebra stripes in purple. Then I might be able to convince people of the rarity of my nails.
Yes. I said purple zebra stripes. When I was told to pick a color I went straight for the pinks. The weather is getting warmer, the colorful outfits are going to start coming out, so I wanted something springy/summery to kick off the season. The lady came by to offer a look at the newest colors they had received. One look and I went straight back to the pinks. Purple or gold zebra patterns.
Her: Brand new. Just arrived.
Me: Um, thank you, but they a little too much.
Her: Same price!
Me: Oh, yes, of course. I just don’t think I can do zebra.
Her: I do cheetah for you!
The expression on my face said everything. I can’t quite describe it, but it was somewhere between ghastly horror, amusement, and shock.
I remember back in the day the ladies at the nail places would try their darnedest to get me to put flowers on my toes. I generally declined. Sometimes they got very pushy, so occasionally I would give in. The flowers weren’t bad. In fact I kind of liked them once in a while. I just didn’t want to spend an extra $5. But wild animal print is altogether something else. And they were giving it away for free!
I was tempted to ask her if she can do elephant. Because I would want to know what that looks like. I would do elephant for free.