On Saturday I took Ally to the arts and crafts place again. We made  a mug for my dad.She fell asleep on the way there. 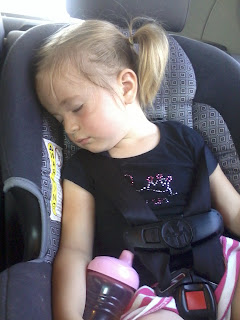 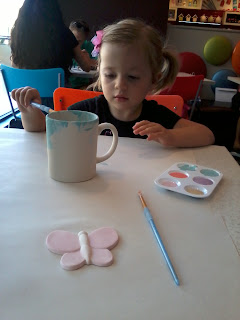 I painted my namesake. 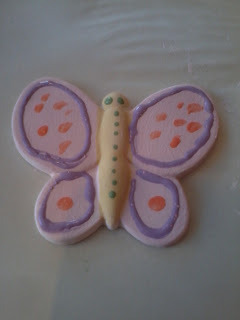 This time around I restricted the colors a bit. Just one at a time. 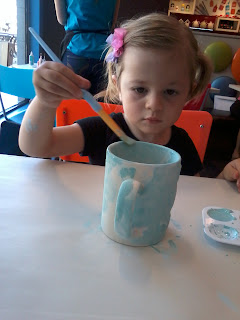 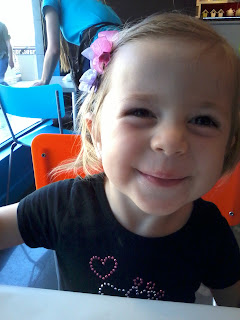 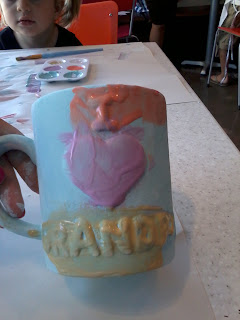 I used acrylic paint on the back. 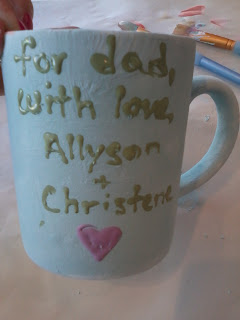 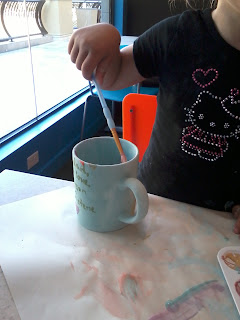 She couldn’t resist using every color in the rainbow. I told her she could do that on the inside. I am sure my dad will love it all the same. 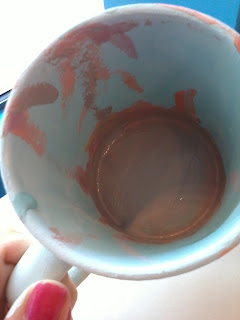 While I was in the shower on Saturday morning… 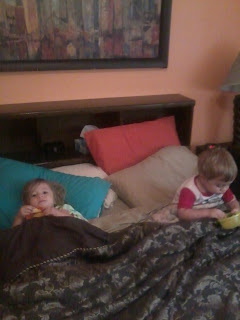 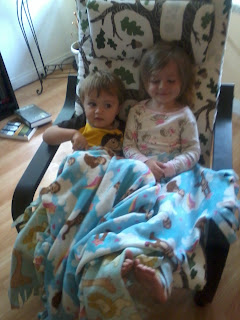 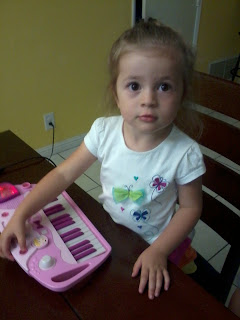 On Sunday I took Ally to one of those craft places so we can make things together. She picked a ceramic kitty for painting. 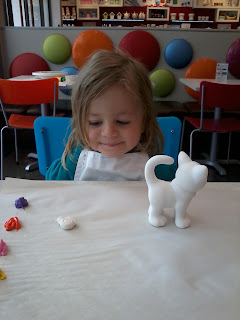 She picked her colors…. 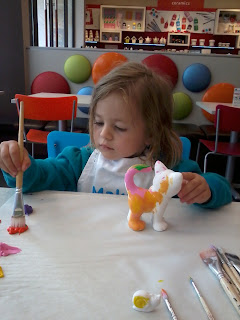 She picked ALL the colors… 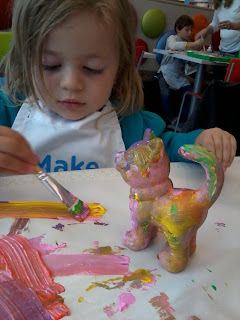 End product (I gave him eyes and a smiley face…)… 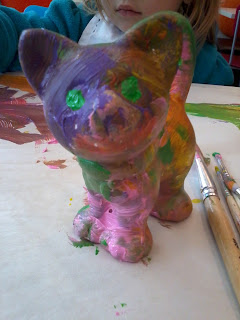 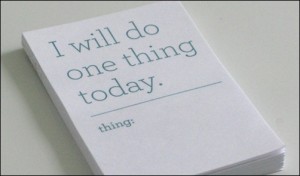