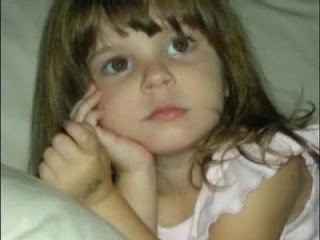 In the wake of the Casey Anthony trial, despite my outrage at the verdict, and my disgust at her actions, I also feel horrified at the notion that she can in fact have more kids. She is only 25 and has many child baring years ahead of her. What if she concedes to reproduce again?

I know abortion is a touchy subject, and an entire argument onto itself, but in her case, I would definitely be pro choice. I would rather she terminate within a few months of finding out she is pregnant than perhaps chose to terminate when the child is his first years of life. Yes, I am basing this on the assumption that she murdered her daughter.

For those who believe she is innocent of murder or manslaughter, it is indisputable that she in the least negligent. To extrapolate some key findings of this case, she did not know where her child was for an entire month. If I did not know where my daughter was for even a few minutes I would begin poking around looking for her in the other rooms. My daughter is the same age as Anthony’s daughter, so this case had a very sever effect on me. If this was my daughter nowhere to be found, and in harm’s way, I would be enraged, doing everything possible to find her. I would not be out partying only a few days after she was suspected to be missing.

I just cannot get past how a missing child was overlooked. If I had as much as a fish tank and one of the goldfish was not there for even a day, I would notice. A small child is far louder, and demands a lot more attention than a fish, or even any other pet. In my opinion, if Casey Anthony wants to raise something in the future, she should stick to houseplants. When her fern dies at least no one will be surprised.

But there is still that nagging voice in the back of my head that tells me there is nothing anyone can do to stop this woman if she did chose to have another child. Clearly she does not make the best decisions and cannot seem to cope with the outcomes. Will she give motherhood another try only to once again regret it? And how much will that child suffer once she once again figures out that, yes, children do interfere with your partying, drinking, and general mayhem. If something were to happen to that child will she finally get her due punishment?