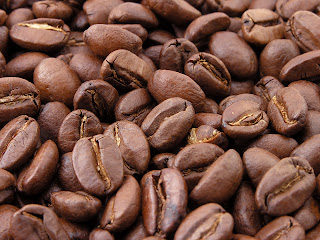 I was standing in line at Starbucks when I realized two things. One, it seems a lot of my blogs start out this way. Two, appropriately this blog actually has to do with coffee.

I am nine months pregnant and I get a lot of reactions when I order coffee. The Baristas typically do not comment, probably because they don’t want customer complains. The other patrons, however, never fail to deliver an off glance, or provide some type of admonishment. I do not take it personally, or get argumentative with them because I used to have the same belief: if you are pregnant, you should not be drinking coffee.

When I was pregnant with my daughter I stopped drinking coffee altogether. I read some articles stating that one cup a day was alright, but nevertheless I put coffee in the same boat with alcohol, and together they sailed away to the forbidden land.

I was very proud of myself for successfully giving up a life sustaining substance like coffee. What I failed to take into consideration was the amount of caffeine I was consuming aside from my morning, afternoon and evening cups of joe. I was still drinking loads of soda, and ingesting pounds of chocolate in various forms. And I was gulping down glass after glass of iced tea.

During my second pregnancy, taking all of the above into consideration, I figured that if I just cut down on my caffeine consumption in other areas, I would not have to deprive myself of one cup of coffee a day. In fact, by downsizing my intake in other areas I was able to have my morning pick-me-up and still be ingesting less caffeine throughout the day than I previously had been.

So, before you swear off that tall mocha, consult with your physician. You may be surprised what you learn.

How do you feel about caffeine and pregnancy?