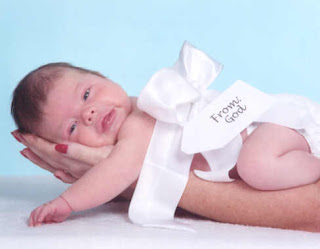 Yesterday I wrote a post about baby shower games. Apparently some people don’t think my suggestions are appropriate for a baby shower. Some of you wanted more helpful advice. Although I do not normally urge anyone to take half my posts seriously, I must say I was being serious in my previous post. I genuinely thought those would be great games for the occasion.
However, for those of you who wish to take a more traditionally route, here is a list of common baby shower games I have had fun with in the past. They are also the ones my guests seem to have enjoyed the most.
Dirty Diaper Game
In this game you melt mini chocolate bars in diapers and everyone passes the diapers around attempting to decipher the type of chocolate smeared within. It sounds a bit off putting, but I have to say I was pleasantly surprised at how much fun it was.
Simply place a mini chocolate bar inside the diaper and put it in the microwave for 15 seconds and then mush it around. Some types of chocolate bars take longer to melt, increase the time in 5 second increments as to not destroy the whole thing. Also make sure you have the master list in order to remember what is in each numbered diaper.
Guess the Baby Food
Baby food looks pretty weird. Even when you have a baby already it can be hard deciphering what is what without peaking at the label. In this game you have a bunch of numbered baby food jars, sans labels, and everyone takes turns trying to figure out what food is in each one. Basically it is just like the game above with a different substance. Again, don’t forget the master list, otherwise it can get tricky (even the taste test will fail when you are trying to tell the different between mashed up peas and mashed up broccoli).
Baby Name Game
This is not what you think. Everyone gets in a circle. The person starting has to say a name that starts with a letter A. Then the next person has to say a name that starts with a B. And so on. You only have three seconds to come with a name. The last person still in, wins. You can add a twist and genderize (I think I just invented a new word) the game according to what you are having (if you know).
Baby Bingo
It is just like bingo, but instead the cards include baby themed pictures like bibs, diapers, bottles, etc. You can make your own (which requires way more artistic ability than I have) or you can buy a stack at the nearest party store.
Baby Pictionary (Because I love Pictionary and I will be damned if I can’t include it)

Just like the real game, but baby themed. If you have been reading my blog for a while, you should already know my crazy rules. Or you can play the normal way. Either way, it is good for a few laughs.