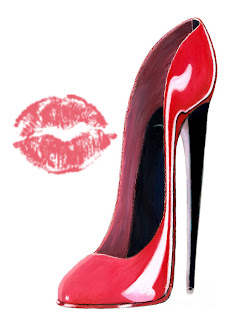 I was at Starbucks yesterday morning and the line was very long. I was tinkering with my wallet, wasting time, when the lady behind me decided we should have a conversation. Seeing as how I was going to be there for another ten minutes (at least), I thought, sure, why not. She started by telling me how pretty I look. I should have known right then that any conversation which starts this way is just going to get even more awkward. I thanked her, thinking that was the end of it. I mean, what else is there to say? That is generally how these things go. You complement someone, they say thank you, and then you walk away. Or in the case of having to stand behind them in line, you just continue standing there. Right?

She filled my silence with “I bet you don’t want to have kids. I mean, you are so pretty, and after you have kids you are never going to look like that again, and you won’t be able to wear those shoes anymore.” I could have made the whole situation even more awkward by informing her that I do have two small children who I effortlessly popped out, after which I immediately resumed wearing ridiculous footwear. Instead I just smiled and nodded, and said “oh yes, children do that.” Surely that would be the end of it. I have found that correcting people in these assumptions is just painful. They always looked so shocked that they didn’t somehow have me all figured out in less than five seconds. And it almost always leads to more questions. So I have learned to just agree and hope they go away.
You see, I get these comments on a regular basis. There must be a sign hovering above my head insinuating that I don’t lead a normal life or something, but rather exist in this vacuum of *insert assumption here.* Oddly these assumptions generally follow some statement about my appearance. I remember talking to a lady at a gathering recently (within the last two years), who was lamenting how hard her daughter is working to get her degree. Followed by “but you are so gorgeous you don’t have to worry about that.” I am not entirely sure what she was insinuating, but I am sure it wasn’t in my favor. Or the man who was once complaining about his bills. But apparently I don’t have bills to worry about because I look good.
So according to all of these people, because I am pretty I don’t have to worry about my education, don’t have bills to pay, don’t want/have kids, sleep all day, can’t spell, must be extremely happy all the time, don’t eat, probably live in a really big house, can’t think for myself, must be very good at drawing (yes, someone once inferred that being pretty is somehow directly correlated with superior drawing skills), am a vegetarian, go clubbing a lot, don’t have a job (you know, because I have no bills, even though these two comments were made by separate people), and too many other assumptions that I am too tired to list.
Do these  people walk up to unattractive women and say “I bet you have had a hard life?”