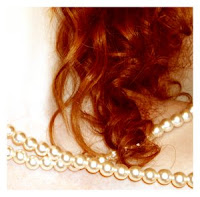 I had the strangest dream last night. I remember most of it vividly, and want to transcribe it before it disappears. Already I am forgetting bits and pieces.

I lived in a large city, and went to the Chevy dealership to sell my car because I no longer had any use for it (why Chevy? Why not BMW?) From there I walked to work. It was dusk. Every time I went outside it was alway dusk, regardless of what time of day it was supposed to be. At one point I went to the local apothecary, I walked in, she said “Good morning” and handed me a yellow piece of notebook paper. I left and it was dusk.

Every time I was walking I was either walking from home to work, or from work to Tanya’s birthday dinner. Apparently Tanya had a birthday dinner every night. Each night it was at a different venue on the same hill.

I worked in a large glass building, and from the outside, since it was dusk, you could see everything inside brightly lit. It looked like a restaurant. The lobby looked like a bar. When you went inside it was neither. And from inside, looking out the giant windows it was always morning, around 10 a.m.

It took me going to work a few times before I realized my profession. I was a courtesan. But I wasn’t selling sex, I was selling information. I would go into a large room with red carpeting and no furniture, get dressed in torn jeans and a white halter top, then go back outside onto the main floor. I would sit at a little round coffee table and wait. People would come and ask me things, I would answer their questions and they would pay and leave. Sometimes they would want to play chess with me, or have me watch them read.

Shifts were short, and at the end of each one I was exhausted in a way I can’t even describe. As if I had just had something taken out of me. Even though I was selling information it was somehow also physical. It was drawn out of me almost like taking string from a spool inside of me. Bits were taken and torn out each time I had a client. The spool would regenerate, but it took a lot of energy.

I sat there by myself that evening for what seemed like an eternity. Then a man came and asked me to tell him about photosynthesis. I explained to him the entire process and he was so elated he tipped me double. He gave me so much money I didn’t have to work the rest of the night.

I left, asked my manager when she needed me back the next day, and then walked up the hill for Tanya’s birthday dinner.

The next day I walked to work, and I had a client waiting already. She asked me things I didn’t know anything about. I went to the place that looked like a bar, but wasn’t, except now it was. I ordered drinks and got my client drunk so she would shut up. Then I took her with me to Tanya’s birthday dinner.

This time it was at a hotel. We had dinner and then went wandering around. Tanya was busy so I didn’t get a chance to see her. I was still with my client from earlier and started showing her around (apparently I had been to this place before). (There is a gap here but I think I may have slept with her). The next thing I remember I was putting on her clothes. I decided I wanted to keep her jeans. She put on my jeans, shrugged and smiled, and walked out the door.

I went off to explore the place (hotel?) further. At this point it was a series of burgundy velvet staircases and nothing more (there may or may not have been closed doors in between the staircases, but I am not sure). I found a door, and it was Lowell’s room. He was in there with his boyfriend watching a talk show. I said hello and sorry for interrupting. He said it was quite alright, they were just getting ready to kill themselves. They were holding this strange device that I had never seen before. I panicked and ran out of the room into a large hall where people were standing around having cocktails. I told them what was about to happen and they stared at me like I was crazy and suicide was the most normal thing on the planet. I was shaking and ran back for Lowell’s room. I walked in and they were both dead laying on the bed. Lowell was wearing one of his typical argyle sweater vests. I went over to the mirrored closet that was left half open and found a pair of pumps in my size. I put them on and left.

It was dusk and I was walking to work. Then I woke up.