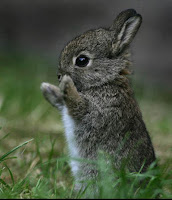 I am taking the GRE in less than two weeks, and I feel like a rabbit on a treadmill chasing a carrot. No matter how many practice tests I take, I can’t seem to get a perfect score. Close, but no carrot. Even when I get a 100 percent on one section I will miss a couple in the following section. I blame the adaptive nature of the test since it became computerized. Oh, so you got 100 percent? Here, let’s give you a harder section next time. Damn.

Honestly I don’t even know what my strong points are anymore. I am getting the same scores for math and English. The only constant seems to be that I am terrible with probability, and I seem to be weak at those fill in the blank questions where you are supposed to pick two answers. I almost always get one of the two right. Except you get no partial credit, so having half an idea isn’t good enough.
I am probably going to take at least half a dozen more practice tests between now and test day, but somehow I don’t think I am going to improve to perfection by then. Actually I am very sure of it. In fact I am pretty sure that even if I took a full dozen practice tests by then it still won’t do that much good.
Apparently I am doing a lot better than a lot of other people so at this point I guess I will just keep doing what I am doing. And maybe stop waking up at three in the morning to do practice tests. Like clock work. Every night. The clock strikes three and I wake up, half awake, fully alert, going for my laptop.
They say it is best to take practice tests under the same conditions and in the similar state of mind as when you will be taking the actual exam. Sure, I will just quit my job and stay home to take practice tests at noon every day during a self induced panic attack. Sounds about right.
On the bright side, I can’t get any worse. Right??