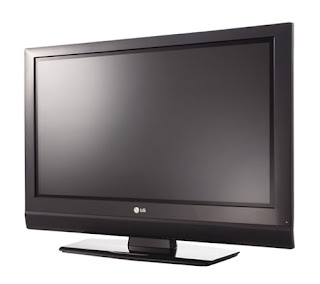 Tonight I was cleaning the house, and the TV had some smudges on it. I quickly got out the Windex and sprayed it all over the screen. As I was wiping it down I realized I didn’t know whether or not I should have sprayed Windex on the TV. Is there a proper way of cleaning a TV? I have sprayed Windex and other cleaners on it before, but I never really thought about it. You see, I have never actually owned a TV. They have just sort of been brought into my life.

When I had my own apartment I never had a TV and never thought I needed it. Aside from when I used to live at my parents’ house, these things always came with men. Or rather the men came with them. I am beginning to think they are like a standard feature that all men come with. I can almost hear the voice announcing what kind of TV your man will bring into your life.

Maybe that is how you are supposed to pick a man. Sony or Panasonic? 42 inch or 38 inch HD? The funny thing is, I don’t care. I never had one because I never had an interest in one. They just magically appeared next to the couch, I would shrug, and then later spray Windex all over them.

However, this is not to say I don’t enjoy them. If they are there, and not otherwise occupied, I like them enough to watch. I have never been motivated enough to get my own, but when possible I used to sneak in episodes of Jeopardy, and there was a time I loved Desperate Housewives. In fact, there is a list of things I want to one day watch, including all of the seasons of Alias because I love Jennifer Garner, and Xena because it was my favorite show growing up. One day these things will happen. In the meantime I will try not to bleach the TV.