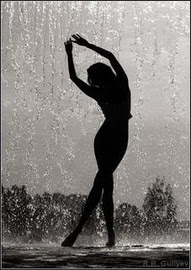 I started this blog years ago and called it Confessions from the Crib because that is how my ideas came. I had just given birth to Ally, and as I was putting her to bed at night I would curl up in the crib with her until she fell asleep. It was too early for me to sleep, so I would lay there, wide awake, thinking.

I was new to the whole mother business, so I was constantly thinking of ways of being better at it. The blog at the time was dedicated to parenting, advice as it came, new ways of doing things, trials and tribulations of parenthood, and well, you get the gist.

It remained that way for several years. A year and a half later, after my son was born, I did the same thing. And as I lay in the crib with him I once again used it as my thinking place, quickly transcribing my ideas into the blog before going to bed. Having two children gave impetus to more advice, discovering ways of handling both of them, and getting better at it each day.

But then the blog became about more than just parenting, especially in the last year. In fact, I can’t remember the last real parenting advice post. I guess I don’t have any more advice to give. I go from day to day, see what works, implement it, and before I perfect anything things change.

Somewhere along the way I realized I am more than just a mother, and I started exploring other interests and facets of my life. I began blogging about the things I read, and everyday experiences that often include my kids, but aren’t anywhere in the realm of advice, or cute “how-to” posts.

I have been playing around with the idea of changing the blog’s name for several months. But I am not sure what to call it. There isn’t one subject I blog about. There is no overarching theme. In fact, for the past year the majority of my blogs have been everyday occurrences and I am using the platform as more of a personal diary than anything else. Except, it is not very personal, but rather quite public.

I have come up with several titles. I am still deliberating. Here are some of my favorites:

The Butterfly Loft (Because I will always be The Butterfly, even though people stopped calling me that years ago, and there is a salon in Encino with this name that sounds very nice).

The Butterfly Diaries (quite self explanatory I think – and even though an online journal is already named this, they focus on subjects I only rarely touch, and never in much depth).

Slightly Strange (I saw a pin on Pinterest “awkward is my specialty”… no one does awkward like me).

I am not terribly fond of the other names I concocted, so for the time being I will simply ruminate on these.