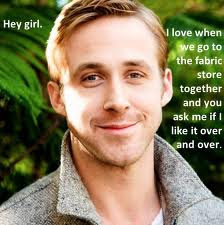 Today someone told me how cute my son is. “He is going to look just like Ryan Gosling!” I know she meant well, but am I the only woman in the world who is not attracted to Ryan Gosling? I was actually talking to a friend last night about this. I mean, he is not *unattractive,* but if  I were ever to meet him I would just want to pinch his cheek, ruffle his hair and tell him to run along. He is adorable in that way where I would like my son to look like him in his early teens. After which I would start feeding him racks of lamb and pastries.

Lately he has obviously been working out so he no longer looks the way I remember him from The Notebook. But thin and toned works well for women. Real men just don’t look that way. At least not in my head.

I am not saying Ryan Gosling isn’t a real man, as I am in no way questioning his manhood (I am sure it is all there, intact and what have you)… but… would someone please feed the boy?

I would totally get behind that whole “Hey Girl” meme on the Internet if he was a little more pudgy.

Although I have to admit, the little sayings on the posters are what every woman wants to hear. Just not from Ryan Gosling. 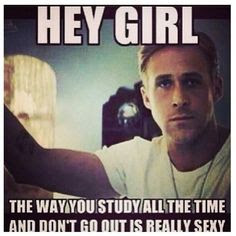 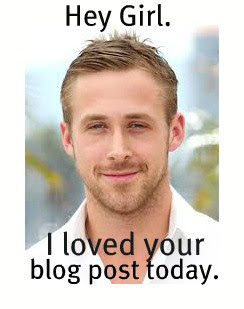 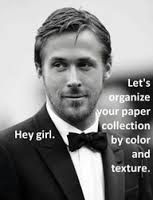 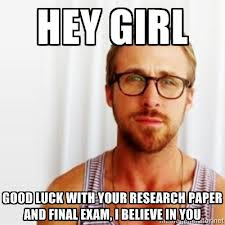 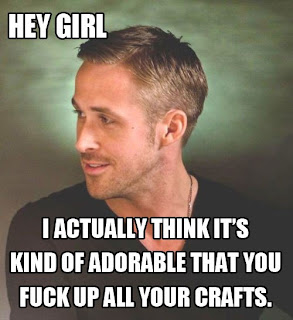