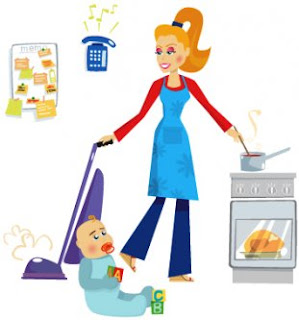 In the few days since my son’s birth I have learned to multitask in ways I did not even know existed. I can do things one handed, often left handed (I was unaware I could be ambidextrous). I thought my daughter was a handful. I was very wrong. Two children, sixteen months apart, is the challenge of a lifetime. A challenge I am very ecstatic to take on.
Aside from multitasking, and functioning without proper limbs most of the time, I have also learned how to prioritize, act calmly under pressure, and field multiple calls while attempting to complete a third task in the background.
I realize I am the perfect candidate for most jobs. Now, I don’t mean me personally, but mothers like me. You do not need multiple children. Just one will suffice to teach you most of the above. However, multiples turn you into a pro overnight.
I know nowadays most mothers are in fact members of the work force. But for those returning to work after an extended period of time there is some stigma attached to having had that work gap. Honestly, just the aforementioned skills alone make these women more than capable to maintain offices, and pursue most other desk jobs. And what they don’t know, they can easily learn. In fact, most stay at home moms I know have more office skills than some executive secretaries.
So what is the big deal? Why are these women shunned in the work force so often? Have you experienced this?