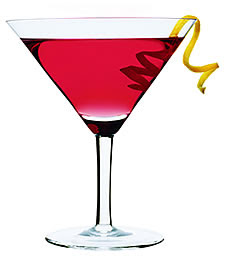 First, I want to start by saying I have not had any alcohol since I found out I was pregnant. However, I do know women who occasionally have had wine during pregnancy; some more frequently than others. I believe it is their choice as long as they are not binge drinking and placing their unborn child in horrible danger. It is also my choice to abstain from drinking because I am completely paranoid and do not want to do anything that could even potentially cause harm. With this said, the women I do have an issues with are those who have a problem with others drinking around them while they are pregnant.

I know several such women. They feel that since they are now being deprived of certain things that it is unfair for others to indulge in the same activities around them. I believe this is completely selfish. Of course I miss girls’ night out with cosmos and lemon drops. I also miss the occasional cigarette. But I would never think to forbid these items from my house, or from an evening out. Just because I am pregnant does not mean I throw dry parties, cannot go out and simply watch others enjoy themselves, or ban smoking on my property (as long as it is done outside). In fact, I see this as living vicariously through my friends. Sure, for the time being I am not allowed, but it feels nice to know my friends can still have a good time with me, and without me becoming the ultimate party pooper.

How do you feel about others indulging while you just say no?