I am still reading the book that is basically the equivalent of a female bildungsroman, and as the main character reflects on her early twenties, she recounts how she met a man at a bar in Manhattan, dated him for two weeks, and essentially spent the next six years pining for him. While I hope this is not what I have to look forward to for the next six years, I came to the same conclusion she had at the end of the chapter.

Yes, the man I can’t stop thinking about was(is) wonderful, fun, intelligent, attractive and special, but what made him even more so was that, if I think about it, he was the first man I had ever really dated. Until meeting him there was always a sense of a quest, every relationship had a goal, and end product to diligently work towards, meticulously guiding the entire process. And it did become a process.

But this was different. I was able to enjoy time with him and not run home afterwards to plan our wedding while coming up with names for our future children. Our times together weren’t stepping stones to anything else. This doesn’t mean these times weren’t precursors for more, more time, more everything, but also, more of the same. I wasn’t dating to get married. I wasn’t dating to have children. I was able to enjoy being with him for the sake of it, and it was unbelievably relaxing. Almost as if before then I didn’t even know such a thing could exist. You mean people do this?

Whenever I thought of us in the future, it was simply an extension of the here and now, a prolonging of what was without definite expectations, except that it would continue to be. Well, I was wrong on the latter, but the overall sense of easy continuity was liberating.

And now that I have had this wonderful revelation, I can return to my previously scheduled pining.

I am beginning to think the doctoral program application process is more convoluted than the program itself will ever be.

Nothing they are asking is difficult, just so unbelievably annoying.

Every little step requires numerous forms that to me seem superfluous. I am sure they have their reasons, but I am not understanding them.

For example, a couple of the schools want my references to fill out a form summarizing their letters of recommendation. This reminds me of when I have students come to my office and say “I just got an email from your office, what does it say?” Um… why didn’t you just read the email? Similarly, why don’t they just read the letter?

These same schools have cover forms they want attached to my transcripts. As you can imagine, these cover forms summarize what is in my transcript. Just open the transcript! I work at a college, and part of my job requires evaluating transcripts from other institutions. I have seen thousands of them, and can look at a transcript and figure out what is going on within seconds. I am sure the admissions people at these other schools are just as capable. The forms themselves aren’t so cumbersome except that having them requires me to physically go back to each of my academic institutions and hand them to the registrar to enclose with my transcript.

I remember when my friends were going through this process years back, flying all across the country to procure transcripts in this fashion. I would ask them why they couldn’t just order them online or over the phone. Now I see.

Thankfully no cross country treks will be needed. And not all institutions have these requirements.

One school wants my CV. Um, I don’t have one. And I don’t mean I don’t physically have one made, but rather, I don’t have one. At first I thought they wanted my resume, but then realized they want my resume *and* a CV. While I have a pretty decent resume, in lieu of a CV I can just hand them a post-it note.

Throw in a few extensive exams, writing samples, and full biographical information since birth and the application process has now taken more time and energy than a full college course.

Can’t I just barter and offer them my first born instead? 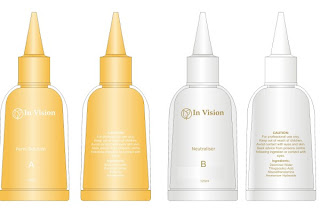