This is the last one. I was so busy finalizing all the details of the other two, I got a very late start on this one. Thankfully the technical things I will have to include will easily be copied from the previous ones. If you want to see the first syllabuses, here is the first one, and here is the second one.

For this class I will be looking at the following works in this order:

The majority of Chaucer scholarship will agree that regardless of how you view his works Chaucer did a fantastic job of depicting humanity, simultaneously at its best and worst, creating a true to life portrait. He did no less in his portrayal of marriage. The Wife of Bath offers an interesting take on the institution, and I want to start by looking at her personal “experience” and “auctoritee.” Then, as I move into her Tale, I want to explore how her harangue at the beginning plays out within the story.

To a certain extent it does. While I want to point out that the knight in her story does not actually understand women in the end, as he believes all women want to be in charge of men, the crone who corrects him elucidates the crux of the marriage problem in terms of what women really want, and what women want in marriage: control over themselves. The ending is a little ambivalent towards this, and can be misconstrued to mean that the knight is actually the one in control. I will offer my own reading.

Then I want to move into the Knight’s Tale. Even though in the Canterbury Tales this story precedes the Wife, since I will be using the ending of the Wife’s tale as one of the driving points, especially for comparison, throughout the course, I am inverting the order of reading them. The Knight’s tale does not offer anything insightful into marriage. In fact, as far as love and marriage are concerned, this is the ultimate “How not to behave” guide.

To make a (really) long story short, Arcite and Palamon swear brotherly love to each other. Until a woman gets involved. Then they spend their days spiting each other to win her over, culminating in a Colosseum-like death match over her hand in marriage. No one bothers to ask the woman who she wants, and the reader doesn’t even know until she goes to the temple of Diana and begs to be won not by the one who loves her most, but by the one who will cause her the least grief. Unlike the Wife of Bath, she has no experience, and even less authority. Since both Arcite and Palamon are reputable knights from good families, it would make the most sense to allow Emelye to choose. Either would be fit. The entire ordeal turns into a parody of knighthood and chivalry, with Emelye forced to play the damsel in distress, despite the fact that before either of these two saw her she was happily picking flowers and minding her own business.

This brings me back to the ending of the Wife of Bath’s tale in which the woman wants nothing more than control over herself. Regardless of what great matches Arcite and Palamon might make on paper, the fact that they launch into a chariot race/triathlon/joust/wrestling match (most scholars can’t even identify what exactly is going on at this point in the story, especially since a different version of this particular scene appears in almost every manuscript), without as much as having ever spoken to her, takes all control away from Emelye, who ends up with a husband who is once more devoted to his best friend more than he ever will be to her.

At this point I want to analyze Emelye’s character, and explore her options.

Her first option is to become like the wife in Carson’s The Beauty of the Husband, then Anna Karenina, closely followed by Emma Bovary. Unfortunately Stella and Martha (to be discussed at the end) are off the table for her.

The narrator in Beauty is so consumed with the beauty of her husband she forgives him all egregious behavior. Throughout the twenty-nine chapters (or Tangos, as Carson calls them), there are bits of Keat’s poetry, strewn about, to remind the reader that “truth is beauty.” Beauty for who? The portrait Carson paints of the husband is far from most people’s idea of beauty, and truth, well, as far as this book is concerned, truth is tricky.

Here the wife has control of herself, and she willfully pursues a volatile relationship. How is this different than being forced to exist in one? Does being there out of apparent free will make it easier?

Anna and Emma Bovary I want to look at simultaneously. Emma was more free than Anna, but neither women could be said had a choice in whether they stayed married. Even when Anna obtained her divorce, she was hardly free to chose for herself. Society chose for her. Apparently it is better to be married for the fifth time like the Wife of Bath than to be divorced like Anna.

Both of these women were unhappy in marriage, but were not allowed to live outside of it, and both committed suicide. I want to focus on the periods in the novels when the women were married. I want to explore whether they were good wives until the end. Carson titled her chapters about marriage Tangos because like the tango, marriage needs to be danced until the end. Both Anna and Emma did just that.

Stella, in Pinter’s The Collection, unlike Anna or Emma did not have an affair, but leads her husband to believe she did. Or did she? That question is never answered in the play, but I argue that she did not. She did not want to have an affair, but simply wanted the kind of autonomy where she could. She wanted to be in control over the information disseminated about her, even if that means spreading rumors about an affair she never had.

Lastly I want to look at Who’s Afraid of Virginia Woolf that is considered a play which epitomizes the dysfunctional marriage. Does it really? Martha and George have problems. Who doesn’t? But neither of them controls the other, and somewhere in the midsts of their unending tirade against each other, it becomes apparent that this is their dynamic. This is how they function.

For George, Martha is a good wife. I want to look at all the different ways this is. What does she provide? Does she get what she needs out of the marriage? How is she the most similar to the Wife of Bath?

Now I just have to figure out how to get all of this into fifteen weeks. 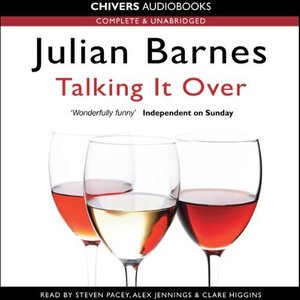