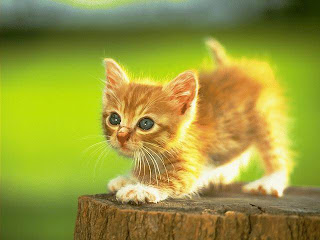 I am taking a comedy writing workshop. I needed a one unit course to complete the program I am in, and I have always liked comedy. So I thought this was a good idea. Except that I will be expected to perform comedy, and that is very frightening. Mainly because I am not very funny. A lot of people who know me think I am funny, but that is not comedy skills as much as sever foot in mouth syndrome. I have a penchant for saying the most inappropriate things at the worst times possible. No filter.
Which is probably why I am never invited to funerals. And also why I am always a bridesmaid at weddings. In fact I have only been to one wedding (besides my own) where I wasn’t a bridesmaid. I think they assume that if I am in the wedding party I will be too busy and distracted to say anything. And on the few occasions I was the maid of honor, I was not the one to give the speech. That task was strategically placed elsewhere.
People assume that on the few occasions when I don’t say anything (and seriously folks, these are very few occasions), I don’t know any better. There is a very common misconception that I am naïve, or gullible. Probably because I smile and nod demurely while twiddling my thumbs and staring at the sky. But trust me, I know what is going on.
Life is too short to worry about all the little things. So if it is not directly affecting me negatively, I am not going to say anything about it, and pretend it never happened. Because I have learned people don’t always like what I have to say. Nor does every little thing matter.
Several years ago a friend of mine wanted to get married. Her boyfriend of six years proposed. She turned him down because the ring wasn’t big enough. She told him to try again when he had a “proper” ring, and came to me seeking sympathy. My response: so, you want him to incur a large debt, and then you want to marry him? Me and her haven’t spoken since that night. This is why you should never ask me for advice.
Or the time a friend of mine had a baby shower for her third kid and was amazed that very few people showed up. My response: well you know, when you have your first child, it is very exciting and every one wants to celebrate with you. When you have a second, yay! When you have a third, what are we celebrating? That your husband doesn’t properly know how to use a condom?
I have to say that she actually laughed at that one, and we are still very good friends. But you get the point.
Even though some people think I am funny, it is not because I am trying to be. It is just that sometimes the first thing I say happens to make people laugh. Or gasp. Take your pick. Also, I never do this at work or school. I do engage a strong filter in those atmospheres, which makes it even harder to create something funny for this comedy workshop. I am not used to speaking my mind in school. In fact it has often led to more trouble than it is worth. By the time I was in second grade I already knew to keep my mouth shut. My mother taught me to be sassy. My teachers taught me to be quiet.
Thank God for getting to spend time with Tanya. Otherwise my head would explode.
P.S. The kitten at the top of this post has almost nothing to do with what I am actually writing about. Read Harold Pinter’s The Collection. You will get it.