Sometimes the best way to learn is from experience, and experiences, especially those that frighten and remain ingrained. Last night as I was driving home, another car hit mine, which I guess qualifies as an experience. I was driving in her blind spot and she went to change lanes, swerving right into me.

I remember my first accident, in Calabasas, only a few months after having gotten my license, as I miscalculated the braking distance/speed and rear-ended the Mercedes in front of me. A stop sign sits at the top of a hilly area – even now when I drive past it I remember that day when I had to accelerate my Daewoo to make it up the hill, and then could not stop once there.

The man in the dark grey Mercedes, Mark, was visibly upset. He didn’t even pull over, just stepped out of his car, marched to the back of it examining the damage I had done, shifting his gaze between his rear bumper, my front bumper, and me. I was shaking and nearly in tears. I had insurance which would now quadruple as a testament to my bad driving; but I was more distraught because instead of angry he looked disappointed. Even though, judging from his pursed lips, he obviously was quite angry. If apologizing would have made things better, I would have done it a hundred times. But I knew it wouldn’t.

He stopped examining his car, long enough to pull out his wallet looking expectantly at me to do the same, except I was still staring at the bumper of his car, not really looking at it anymore, but contemplating the implications of what just happened. I knew the word “negligent” would get tossed around a lot.

Yes, I had just learned how to drive, in my twenties, later than other people I knew, for multiple reasons all having to do with others attempting to control me and consequently where I went. But standing there in my hot pink cut-offs, glitter top and sandals I looked much  younger. I looked like a fifteen year old, and a particularly inept one at that.

I tried to write down his information, but all I got was “Mark” who lived not far from where we were then. On anther hill just like the one we were stopped on, and  just as deserted (not a single other car came our way this entire time, despite that we were in the middle of the street). The idea of others witnessing any of this was terrifying, and I could just hear that word reverberate… negligent.

That word implies laziness and carelessness and I took offense, because I had not been those things, but simply, for lack of a better term, dumb. Picture Cher from everyone’s favorite nineties’s movie, and you would understand.

So as my car got hit last night, I thought of my first accident, I thought of the way it turned out, and I thought about the lesson I learned that day. Mark never called the insurance company, and despite driving a much nicer car than I had at the time, never asked me for money to fix the dent my licence plate put into his rear bumper, and simply insisted that I practice my braking, suggesting that I don’t brake all at once, but rather in short bursts, leading up to the stop.

The girl who hit my car yesterday was just as inexperienced as I had been, even younger, and terrified. “Negligent” came to my mind. But not in the way you think, or how others might use it in this case; I felt bad because the term would most likely get applied to her, and I didn’t think she was. And I don’t mean that I wasn’t angry, because I was, and I was frustrated on top of that. She just made my long day longer. But what was anger going to solve?

Just like Mark that day overrode his anger and instead imparted advice, I thought I would do the same. Since neither of us had been driving very fast it was more of a bump than an actual accident; even the kids hadn’t felt anything, but instead were amusing themselves in the back seat. As the driver of the other car was stammering apologies she reminded me of a younger version of myself while helping me envision a future version of my daughter (hopefully minus the accident part of things).

She pulled out her purse and presented all of her documents, even ones I would not need (although it is good to know she donates blood to the Red Cross on a regular basis). Interestingly, moments before she appeared flushed, and then as she held out the contents of her wallet, seemingly confused about the proper things she should hand over, her face looked as though her blood had been completely drained out. Holding her license I noticed she had a pretty name.

I was tired, it was late, my car isn’t exactly in its prime anymore, so I handed her things back to her and told her to always look over her shoulder when changing lanes, with no exceptions.

I examined my car once more – and this dent is really no worse than what I have already done to the car myself – and then I told her we were done.

To lighten the intensity of the incident, although probably not intentionally, Ally leaned out of the car to let everyone know she can taste the dent, and not to worry because it was probably caused by the raccoons she heard in the trunk earlier. Everyone, including Ally and Ducky, started laughing, and the relief was practically palpable. The other driver sniffled her tears away. This was the first time she realized there were children in the car and began thanking several deities that they had not gotten hurt; not to mention I would have been a lot less lenient if that had happened.

As she was getting back into her car she thanked me again and promised to always look over her shoulder, even when there is no one around. I just hope she does. 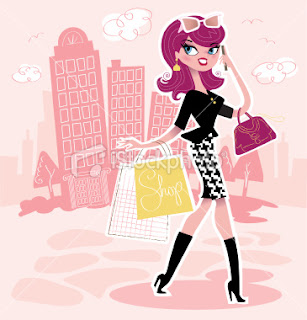 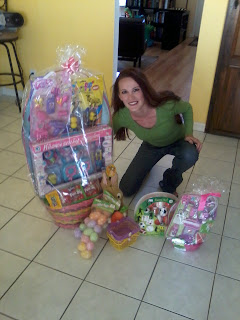 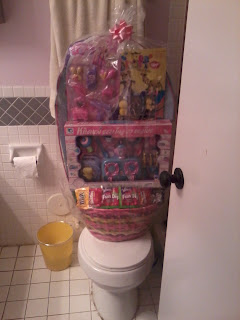 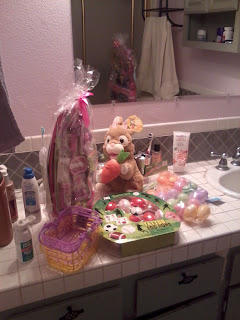