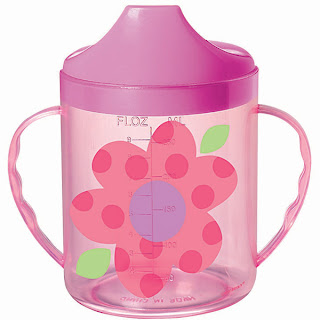 I love reading articles about parenting. A lot of them have tons of great information on how to reach different milestones, teach your kids to do stuff, etc. Some I like to read because they reinforce my own parenting practices, and make me feel like I am doing it right. Because who doesn’t want to feel like an awesome parent?
There is one topic in particular which has come up numerous times in a lot of magazines and online sites that makes me feel just the opposite. Especially because I know I am doing something wrong, I am well aware of what I should be doing, but I am doing nothing to stop.
I let my daughter take her milk and juice to bed. Apparently, according to numerous parenting gurus and pediatricians, this is a huge no-no, which leads to all sorts of problems, including cavities and horrible dental hygiene. Considering my own dental history you would think this is huge for me. I have suffered greatly at the hands of dentists and would surely not want my daughter to go through the same. But I can’t take her sippy cup away from her. She screams bloody murder, and won’t go to sleep. Which  makes me feel bad because I am basically allowing my daughter to ruin her teeth just because it is easier for me to let her have her milk and juice in bed with her. Yeah, I suck. Which is why it bugs me. I should be more firm, say no, and weather it out for a few nights until she gets used to the idea. And at one point I tried, but she wasn’t getting used to it, and I was getting very tired. It is bad enough Ducky doesn’t sleep very well, and two screaming kids was just too much. So, I thought “another day.” Except is has been many more days, and months, since then, and I am not doing anything about it. Some kids like to cuddle with their blankets. Others like to snuggle with stuffed animals. My daughter clutches a sippy cup in each hand to fall asleep.
The worst part is not just that I know what I should do, but I also know how to do it. I have read more essays and articles on this topic than I can count. I have methods, and tactics, but for some reason, when it comes to this, I have no discipline. Thankfully I won’t have to worry about this with Ducky for a few more months.
What do you think?