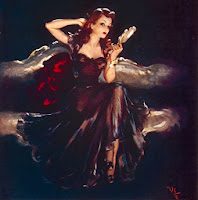 I have come to the realization that bad girls seem to get more out of life. I have often hidden all my naughtiness for fear of being persecuted or judged. I feel that if I want to advance my career, in lieu of a resume, I should just provide a list of my bad behavior, in public, private, and everything in between. The list below should be easy enough to follow, numbered for your convenience. At the bottom, I have also taken the liberty of including things I have not yet done, but am willing and able to do for [reasonable] compensation – a list constantly expanding and very much open to suggestion.

1. On the last day of high school Tanya and I ditched school to go watch a movie.

I don’t remember the movie, but I was disappointed that we didn’t get caught.

2. The last time I saw a musical on stage, Cats had just come out. I meowed for a month. In public.

3. I once slept with a man for the sole reason that he could recite Coleridge off the top of his head.

It was only coincidence that I was actually married to him at the time.

Not well. And not with the pole, but near the pole.

Ok, I can gyrate within the general vicinity of a pole.

There is a pole down the street from my house… I can bounce around in my kitchen… just put these two things together in your head.

5. I once received monetary compensation for writing someone’s term paper. They received an A in the course. In case  you were wondering.

Also, I was seventeen at the time and the person was writing the paper in order to receive an MBA. This should tell you something about me, or them, their professor, or the standards of the academic institution they were attending. Take your pick.

I used the money from this enterprise as a coffee budget for the following year. I had my priorities.

6. I have worn the same shirt two days in a row. I was tired.

7. I once took my kids for a walk, got extremely dehydrated pushing the double stroller and drank their juice. Later they asked me for juice. I told them we left it at home.

8. I eat chocolate before bed. It makes me feel naughty.

Then I brush my teeth.

9. I once dated a man only because I knew it was against his religion. I was hell bent on making him cry. I did. Then I felt really bad. Crap.

10. When I was four years old I had a crush on the neighbor boy. He was nineteen, but very nice. He offered my parents to take me to the park, but forgot to mention his girlfriend would be joining us. I got jealous and threw sand at her. For an hour.

In my defense, he never told me he had a girlfriend.

Then we got married and had two children.

13. One time at camp (I was about nine), I stumbled over my own feet and fell into a lake. I was too embarrassed to admit to it, so I told everyone I had seen it on Girls Gone Wild.

My parents were called in for a conference.

And here is the list of things I have not yet done, but willing to consider…. for the right cause.

1. Anything having to do with chocolate.

2. Anything having to do with George Clooney.

Preferably, we can combine numbers one and two.

3. I am willing to wear tacky jewelry, and speak with a Brooklyn accent.

4. I am willing to watch realty TV (depending on the show, my price may go up).

5. I am willing to watch sports in one hour increments (for an additional fee I can cheer and make snacks).

7. I can commit gerrymandering. You may not like the results.

8. For a certain price I will commit arson.

With an affidavit from the property owner stating this is OK.

9. I am willing to speed on the freeway.

10. I can provide an alibi for most crimes since I seem to be constantly at home.Writing ridiculous blog posts.