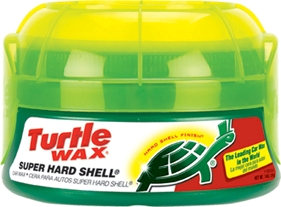 When I was little I used to think Turtle Wax was made from turtles. And it was used to make other turtles all shiny. I didn’t like the idea of it, but I chalked it up to one of those natural phenomena where one species consumes another (or itself) and that is the way it is. Like on the those animal shows where the lions eat the gazelles. So I tried not to think about it.
Sometimes I would see commercials for Turtle Wax and I would try to think of all those lucky turtles who got to live. I had this idea that they somehow needed the Turtle Wax in order to live. I was too young to figure out why they needed shiny shells for life, but I was certain it must be so. Kind of like how I would go with Tanya and her dad to the reptile store to get live mice for his snakes and live crickets for his lizards. I tried to conceptualize it in terms of how my mom and I would go to the grocery store and buy beef. Not quite the same because we weren’t buying a cow, but close enough.
Then one day I saw a man down the street using Turtle Wax on his car. I was horrified! I ran home crying about the turtles, and how they are being misused. And all sorts of other incomprehensible gibberish. My mom didn’t know what to tell me. My dad never used Turtle Wax, so we never had any in the house. My mom knew about as much about it as I did. I was all upset. She was confused.
When my dad came home my mother had forgotten all about it. But I didn’t. I asked him about Turtle Wax. He didn’t realize that I thought it was made from turtles, so he simply told me it was used for cars. I started crying.
But why the turtles???
This was before I knew how violin strings were made. Or where leather came from. Or any number of other things. Many years before I knew what cruelty really was, or how turtles weren’t the ones abusing each other. Turtles didn’t need their shells waxed, if such a thing ever even occurred. I don’t know. I never had a turtle.