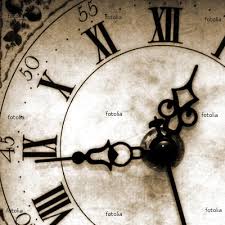 “We live in time – it holds us and moulds us – but I’ve never felt I understood it very well.”
-Julian Barnes
“I’m not very interested in my schooldays, and don’t feel any nostalgia for them. But school is where it all began, so I need to return briefly to a few incidents that have grown into anecdotes, to some approximate memories which time has deformed into certainty. If I can’t be sure of the actual events any more, I can at least be true to the impressions those facts left.”
-Julian Barnes
First I would I like to say, I absolutely adore Barnes’s writing. Most of you know this as I have surely attempted in various degrees to get you to read his work. If I haven’t, I apologize. Please send me your email and I will get straight to it.
Although both of these quotes are from the same work, and can actually be found on the first page of said work (I will not mention which one, but rather hope you are curious enough to read all of them in an attempt to find out… yes, yes, I know, quite the ambitious hope), they apply slightly differently.
Aside from my strange fascination with Barnes, I have an equally strange fascination with time. Coincidentally both of these fascinations began in high school, but for different reasons, and have somehow merged over time into the same thing.
The other night in class the issue of repetition came up, which was cause enough to set my mind working, and even though I resisted blogging about it under the premise that I had more important things to do (homework), I could not leave well enough alone.
During my discussion with the professor something jarring emerged. Through repetition we reach stasis. I can’t believe it was not until now that I had uttered these words. Repetition is circular. Yes, yes. And each time we return, but with difference, as in something is off, something is not the same. Something changed. But we return. We never get past the original point.
This idea first emerged when reading Daniel Deronda. The novel has three opening scenes, scattered throughout. The reader constantly returns to the beginning, positioned within a casino. Each time it is from a slightly different angle, a shifted perspective, but always the same scene. It is repetitive, and within this repetition there is stasis, as the reader can never get past this casino. Regardless of what you may think the casino resembles, or how you see it play out in the novel, you can’t get past it, with the implication that if the novel would have continued, you would have found yourself in the casino once more.
Of course this draws attention to the casino, and the larger question, why? Why there? The novel could have started in many different places, and it chooses not only to start in the casino, but to start there with a character other than Daniel, for whom the novel is named. Why?
Don’t worry about it, because it is not important. At least not in the details. The importance, at least for me, does not concern the casino itself. It is a place, or placeholder, for the main question of why we can’t move past a certain point. The answer, of course, is repetition. And returning to the first Julian Barnes quote I posted, it is because we don’t understand time. Or at least I don’t. Yes, it moves, it molds. But into what, and how?
Which brings me to the second Barnes quote. Doesn’t it all start in school? Isn’t that where you begin to understand things? It was the place where I was taught, namely about literature. Probably because I didn’t pay much attention to my other classes. I am sure I learned some chemistry and mathematics somewhere in there too. But only just enough to get A’s. Not enough to really care. You know, short term memory sort of thing. I can quote the New Yorker from 1989 off the top of my head, but please don’t ask me how to balance a chemical reaction.
But it all goes back to school. And yes, impressions were made. I learned about school while simultaneously learning about life. I may not remember the logistics of things, except that they happened. And when I can’t remember what exactly happened, I remember how it made me feel, which was often confused.
I tend to look back at high school and undergrad through rose colored glasses. I see all the good, rarely focusing on the bad. Probably because the good outweighed the bad, and there is no reason to cry over spilled milk. Well, I have a few theories on that, but really I should keep them to myself. So for my purposes I shall refrain from going any further. Again, the details aren’t important.
But the circle always brings me back to school. The stasis I can only move forward from to shortly return. From a different angle, a shift in perspective. But how different? Does it matter now that I am no longer in high school, but rather in grad school? How many small differences constitute what may be deemed as different? Superimposed, is it different? Or is it just another facet of stasis? And is that such a bad thing?