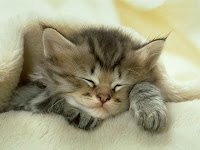 Last night I made my way to my mom’s house and spent the night. It was late, and I didn’t want to drive again. I had a few friends over. He was inside taking care of some things on my mom’s computer, and me and his wife were outside having a typical girly conversation.

He comes back out while we were in the middle of a very important topic, and we then persuade him to go to the store and buy us more wine and chocolates, and maybe a few cupcakes. He grumbled at first, but could not argue with our flawless logic. You see, they are currently trying to have another child, and we convinced him that said wine and chocolates will help with this.
Him to Her: Where do you come up with these things?
Him to Me: *You* are an enabler!
That is when I realized that even though many consider me an enabler, I would much rather be thought of as an Official Facilitator of sorts. It was a brief epiphany, so I hadn’t yet worked out all of the details. Thinking about it some more I think I have devised a full title. Official Facilitator, Purveyor, and Instigator of all Nonsensical Supercilious Activity and Preposterous Ideas. I love it!
It sounds very officious and lends itself to airs of authority, most likely scented with mint julep. I will update my resume at once. While all the other stuff I do is certainly very important, I have been doing this for far longer, and who could argue with such an inscription? With a title like that everyone will have to take me seriously from now on. All the time.
I believe I have found my life’s calling.
I will immediately start signing my emails with my new title, and even have business cards printed. They will be specially cut to allow for the length of this name. Maybe I could even have it wrap around to the back. I will also have to create my own font. None of the existing ones speak to the supreme importance of Official Facilitator, Purveyor, and Instigator of all Nonsensical Supercilious Activity and Preposterous Ideas. I should hire someone to invent a new color for said font.
Before anyone even figures out what the Official Facilitator does, they will be bedazzled and/or overstimulated at just a glimpse of my lofty and perfectly symmetrical business card, followed up with some sort of official email sure to send anyone into a seizure.
Let’s see… email… resume… business cards… what am I missing? Online Profile? Webpage? A troupe of trumpeters to march around behind me in the event someone doesn’t realize I am the Official Facilitator, Purveyor, and Instigator of all Nonsensical Supercilious Activity and Preposterous Ideas?
While I think about all of that, I will also devise a list of official duties to be performed. The ambiguity of the title allows for many possibilities, so I am going to have to get back to you on this one. I did however find a mascot (featured above).
In the meantime, while I sort everything out, should you need an enabler, I will be here.
Sincerely,
Christene
Supreme Official Facilitator, Purveyor, and Instigator of all Nonsensical Supercilious Pretentious Activity and Preposterous Ideas