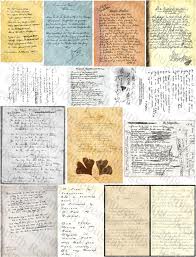 I was up for the better part of the night trying to figure out the real reason I don’t respond in the same way to translated poetry. I am always just a little disappointed, even when it is wonderfully done. I realized it is not the translation. It is the fact that I know something is different. I know what it was “supposed to” be like, and anything else is just not the same.
And then there is the richness in vocabulary. The English language is very versatile allowing you to pick from dozens of words to create meaning, elide meaning, allude to meaning, and basically waltz around a subject to your heart’s content, never directly stating the obvious. Other languages don’t always allow this. There aren’t as many words. Romanian, for example, has speckles of beauty, but for the most part is a sturdy language, raw and unassuming. And within that rawness is the beauty. In translation it becomes beautiful, but altered. The words become ornamented and refined… but diluted.
The original is gritty, but reaches sophistry in a different way. It stuns with observation, plainly exposing itself and its subject. Sometimes it becomes almost uncomfortable to bear, hence my reactions. And the fact that I can’t get those poems out of my head.
It is also why I like poetry in English that does the same thing. Those poems that don’t rely on tricks to sound and look pretty, but rather touch nerves with words. And I am willing to bet that if some of my favorite English poems were translated, they would lose something too. I suppose they would lose their ambience.
At some point in the middle of the night I realized I associate poetry in different languages with different adjectives. English poetry is ambient. Romanian is raw. French is playfully direct. German is functional. Italian is indirect. (Unfortunately I don’t understand enough Spanish to have an adjective for what I feel the language does). This is how I see these languages moving, how their poets pick their words, and what those words achieve.
So when I read Eminescu translated, and I felt a lack… of something… it was just the normal flow of language as it changes from one mode, one adjective, to another. A translator cannot perform pure alchemy on words, raw cannot fully be transformed into ambient , any more than functional into indirect, or any other combination.