I have kittens. My co-worker had some stray kittens in need of a home. I ended up with two of them. They are a little under two months old, and absolutely adorable!The girl is Gigi. She moves languorously, won’t be bothered with her surroundings, and just has that look. I can picture her with a giant pink ribbon around her neck, delicately cleaning her paws. If you have ever seen Disney’s Aristocats, you will know what I mean.The boy is Mephy. First thing he did out of the carrier was nip at me and try running up the wall. Little devil.

I got them this morning, but then had to do a billion other things, leaving them home alone to explore until dinner time.

As soon as they escaped their carrier they went to hide behind the fridge. When I got home in the near evening, they were still behind the fridge. At first I thought they may be in a different part of the house and I just couldn’t find them. They are so small they fit into and under everything. They are a little bigger than my hands, so the possibilities are endless. But as I was typing this blog I heard rustling behind the fridge. Yep, they are still there.

So the only pictures of adorable kittens that I can give you are the ones I took when Teresa initially brought them over this morning. I have a bunch of Gigi, but only one of Mephy while he was still in the carrier .

Gigi in the carrier (a bit blurry) 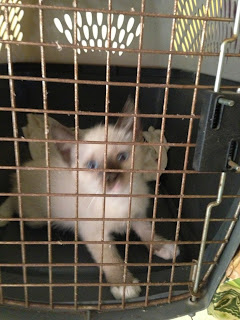 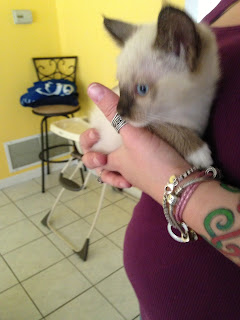 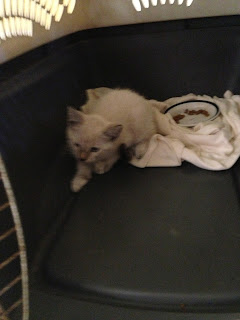 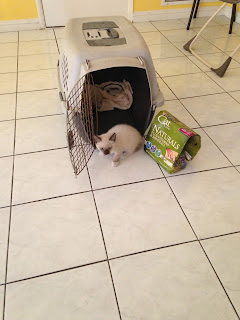 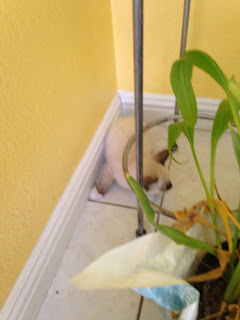 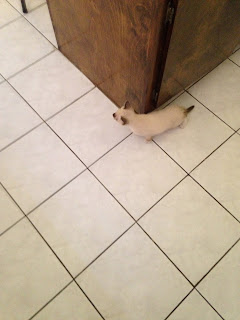 P.S. The other cats don’t seem to mind, and the kids are very excited. This is all very good.