Welcome to my week by week pregnancy guide. Today I am looking at Week 18. If you want to catch up with previous weeks, scroll to the bottom.
Week 18
At this point in the pregnancy I remember being very excited because I was about to find out my baby’s gender, both times, and I was also going to have some genetic testing done to assess the risk factors for different genetic problems. I remember the doctor going over all of this with me, as I am sure he will do with you. The bottom line is that these tests are not required. If you don’t want to participate, no one will drag you to the lab and poke you involuntarily. Also, even though I did the tests both times, they really don’t tell you anything more than the risk your baby is in for a number of disorders. These tests do not tell you if your baby in fact has any of them. So they are useful, but not terribly informative.
I also vaguely remember around this time that I was getting a little light headed. This wasn’t the same kind of nausea I felt during morning sickness. It felt like I was either dehydrated or starving and about to pass out. Except I wasn’t either. Sometimes it would get so bad while I was driving I would have to pull over because I was too scared I may black out on the freeway. I never actually fainted or blacked out, but it was still a little scary. My doctor said it was normal as long as the light headedness didn’t last for long increments of time. He said it had to do with my blood flow during this stage. If you experience anything like this, talk to your doctor to make sure it is just as harmless. Luckily this stage doesn’t last long, and after probably less than a month I was back to normal.
Around now you can start feeling your baby move. With Munchie I didn’t start feeling anything yet (she was very, very tiny). Ducky on the other hand was quite the acrobat and I would often feel his little limbs as he was playing on his mini trapeze doing flying jumping jacks.
By the end of this week (both times) I had scheduled my upcoming ultrasound, excited at finding out the baby’s gender, provided he/she was inclined to share. Babies sometimes get shy when on camera and cross their legs. Ducky got jittery and wouldn’t sit still. The technician identified his gender right away, but she scanned my belly for over two hour trying to take the necessary measurements for the doctor. He spun and swerved faster than she could point and click. It was very exciting, and may have gone faster if I didn’t have to stop her every forty five minutes so I could go to the bathroom (aside from being pregnant, I was also getting poked in the bladder by the ultrasound wand).
Are you going to find out the gender? Or do you want to be surprised?
If you want to catch up:
Week 1, 2 and 3
Week 4
Week 5
Week 6Week 7
Week 8
Week 9
Week 10
Week 11
Week 12
Week 13 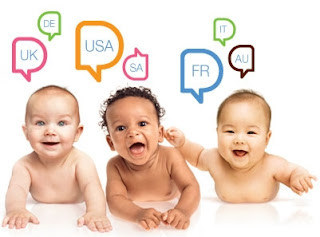 Welcome to Week 16. If you are new and want to read earlier weeks in my pregnancy week by week series, scroll to the bottom. Otherwise,
Week 16
Your baby now has eye lashes. And that is about as much medical knowledge as I am willing or able to impart. Talk to your doctor to find out about all the other awesome and interesting things your baby may be doing.
As for you, since your blood volume is increasing substantially, there is a chance for nosebleeds. I had quite a few, but they are painless, albeit annoying. It is important to read up on this whole nosebleed business so you can explain it to all those people who don’t know any better and will inadvertently assume you are snorting cocaine while pregnant. Seriously, there was a woman who thought this of me. She didn’t have the nerve to say it to my face and instead loudly proclaimed her opinions to others around. I pretended not to hear her.
Your doctor may schedule you for an amniocentesisaround now. Scary business, and he was talking about having me do one. But then he said it wasn’t really necessary, and therefore optional. I asked whether it will affect my baby if I do it or not. He said no. I chose not to have giant needle jabbed into my belly. Thank you very much.
Have you started thinking about baby names yet? What are some of your favorites right now?
If you want to catch up:
Week 1, 2 and 3
Week 4
Week 5
Week 6Week 7
Week 8
Week 9
Week 10
Week 11
Week 12
Week 13