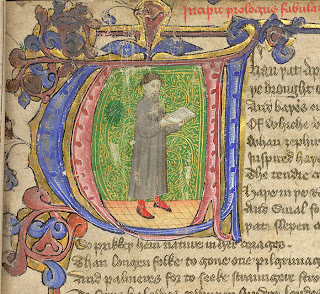 Last night, as I was doing my Chaucer research, finishing up my bibliography on the Tales, I found some interesting scholarship on Troilus and Criseyde. I remember how much I loved Criseyde when I first read the story, and decided to reread it. I have only made it to the end of book four thus far, but I recall writing a paper in which I compared her to the formel in the Parlement of Foules.
I focused on the phrase “at dulcarnoun” and what it means for both Criseyde, to whom it is attributed, but also the formel who ironically makes a choice to make no choice, and through hesitation and avoidance is able to mitigate an otherwise unpleasant situation. When Criseyde finds herself at dulcarnoun, her hesitation opposes the formel’s. She does not refrain from agency in a cunning attempt at a favorable outcome. Poor Criseyde just doesn’t seem to know any better. At that moment, as Pandarus is pressing her, I always had this image of a woman completely at a loss. I pictured Cordelia in Laurence Olivier’s King Lear during the first scene. Unlike the formel who gives up her choice for self interest, Criseyde never really had a choice, and hardly any self interest. In her last act of agency, as she makes her promise to Troilus, she does not yet realize the futility of her decision. In fact, I would like to say she never actually realizes it.
Even though I know how the story ends, I can’t wait to finish it tonight. I also can’t help but wonder how many textual studies there for the Troilus and Criseyde manuscripts. There are 16 of them, and the illuminations are gorgeous (featured above is the Lansdowne MS at the British Library). But I wonder about the discrepancies of text. I wonder if the lines vary simply in character choices, or language usage, or if there where there scribal editions in which the actual story changed. Is there an extant version where Criseyde does not find herself at dulcarnoun?