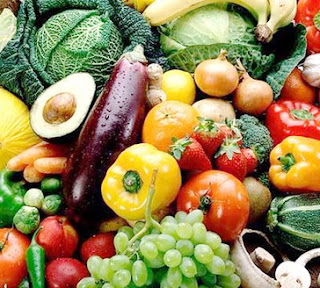 Everyone seems to be jumping on the organic band wagon these days, but even the most informed consumers may not be aware of some of the dangers and misconceptions associated with organic foods. We wonder what would happen if everyone started jumping off bridges, as our parents would say. However, organic foods may not be what you thought they were.
7. Organic Foods Contain Dioxane
What is dioxane you ask? It is the stuff companies put into their products to soften harsh detergents and chemicals, so your soap, mineral powder and other substances that come into contact with your skin do not cause irritation. Basically, it is the anti-reason you thought you were buying organic products to begin with; you wanted to escape the use of chemicals.
How can companies get away with using dioxane and still call their products organic? Dioxane in itself is an organic product.
The Organic Consumers Association just ran a study, because that is what they do, and concluded that out of the 100 organic products they tested, 47 of them contained dioxane. For those of you who are mathematically challenged, that is nearly fifty percent.
So your chance of contracting some incurable disease is slightly better than a coin toss. However, before you organize a riot at the front door of your local organic supplier, consider that maybe you can just read the label next time you buy a product and make sure it does not contain dioxane. Yes, it is that simple. Now you know. So if you develop some horrible eye infection you will know it was your own fault. Or you can use that pretty organic eye shadow you bought that contains dioxane to cover up the redness and swelling that it caused in the first place.
The bottom line: if you are looking for products, organic or otherwise, that are absolutely, purely, chemical free, you are going to be very limited. It would be worse than living in a cardboard box since the cardboard is probably not organic, so you don’t even get that. No, you just get rained on. But at least your make-up won’t run because you are not wearing any.
6. It Really Is Not That Healthy
We love the articles attempting to prove organic foods are far superior health wise by comparing eating a handful of organic raspberries versus a bag of cookies.
Despite all the different organizations that love conducting research about organic foods, there has not been any actual scientific basis for concluding organic foods are really that much better for you than their non-organic counterparts. And by counterparts we mean items that can actually relate to one another like organic milk versus non organic milk, as opposed to a cheeseburger versus grapes. Because cheeseburgers would totally win in that category.
5. Organic Does Not Mean Low Calorie
Before you indulge in your third helping of organic triple fudge double chocolate chip ice cream, read the label. Chances are you have consumed the same amount of, if not more, calories and fat as if you had eaten regular ice cream.
4. Organic Produce Are Not That Expensive
All the people who have not yet jumped on the organic bandwagon, yes, all five of you, gripe that the reason you don’t eat more organic foods is because they are so darn expensive. All the articles discuss cost as being the number one disadvantage associated with organic foods.
Organic produce are not any more expensive than your regular stuff, you just notice it more because you are being asked to sign away your soul as payment right then and there as opposed to having it slowly drained out of you over time. Big industry farms are government subsidized so they can charge the consumer less per capita of goods. In other words, you pay taxes, your taxes go to the farmers, so when you go to the grocery store you think you are buying cheap vegetables.
3. Organics for Organics’ Sake
Again, what is the main purpose of eating organic foods? To avoid consuming chemicals. Very good. So, if your fruit or vegetable has a thick skin, impenetrable by chemicals, what is the point of buying it organic? Any pesticides used to grow it will get thrown away with the skin.
2. Food Miles
No, not the miles you are going to walk to work off the three scoops of triple fudge double chocolate chip ice cream you had earlier. These miles refer to the distance your food traveled to get to you. Just because your food is organic does not mean it came from your local farmers’ market. Unless of course you bought it at your local farmers’ market, in which case, kudos to you, keep up the good work.
If you are eating organic because you think you are doing something good for the environment, and then you had your pears flown in from Timbuktu, you failed.
1. Composting Can Be Dangerous
One more time now, why do we eat organic? To avoid the chemicals. The fertilizers used on most traditional farms are loaded with chemicals, whereas organic farms use natural fertilizers and composts. However, in avoiding the pesticides you are potentially consuming contaminated produce that will not only harm you, but also all the land surrounding the farm where they originated.And yes, I know how irritated and cranky I sound in this post. Because I am. Nicer posts to follow next week.